Is Polyurethane Foam A Dreamy Comfort Or Toxic Nightmare?

New bills may not be enough for manufacturers to reduce their use of toxic chemicals.

Even if you’ve never heard of polyurethane foam, odds are high that it’s somewhere in your home — and some reports suggest that it could endanger your health.

According to ISOPA (the European Isocyanate Producers Association), polyurethane foam is safe, sustainable, and altogether a bit of a miracle product. The American Chemistry Council says the same. The foam can be manufactured with various additives to create a range of consistencies. Because of this, it finds its way into most areas of our homes, from building insulation and TVs to computer equipment, bedding, soft furnishings, and even surfboards.

But in 2014, The Atlantic reported that “the U.S. system of chemical regulation is broken.” Because of those broken regulations, many household furnishings contain toxic chemicals, some of which have been linked to lower IQ scores, ADHD, and thyroid disorders. Polyurethane foam is one such culprit.

How can we be certain that the products we bring into our homes are safe?

What is Polyurethane Foam? 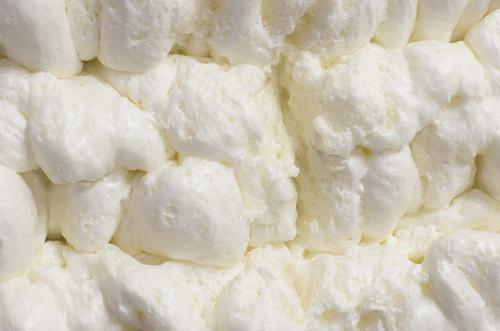 Polyurethane is made when methylene diphenyl diisocyanate (MDI) and toluene diisocyanate (TDI) react with polyols. MDI and TDI both need to be handled carefully during the manufacturing process. In particular, TDI is a suspected carcinogenic, is classified as very toxic, and is a known respiratory and skin irritant.

The National Institute for Occupational Safety and Health (NIOSH) recommends that workers avoid exposure to TDI. While the final polyurethane product is said to be inert, and therefore safe, this still means that up to 48,800 workers directly involved in the production of polyurethane are at risk.

First invented in the 1930s, the use of polyurethane for household items became widespread after World War 2. But what initially seemed like a miracle product had a downside — it was highly flammable. To combat this, manufacturers began to add flame retardants to polyurethane, and these chemicals are the cause of many of the health concerns about polyurethane foam mattresses, couches, and other home and office furnishings.

Why are manufacturers able to use dangerous chemicals in products like baby mattresses, couches, and children’s car seats? What laws do we have in place to protect consumers from these toxins?

The Toxic Substances Control Act (TSCA) is the federal law governing the regulation of chemicals. Rather than controlling toxic substances, as the name implies, the act is actually little more than an inventory of chemicals used in manufacturing. 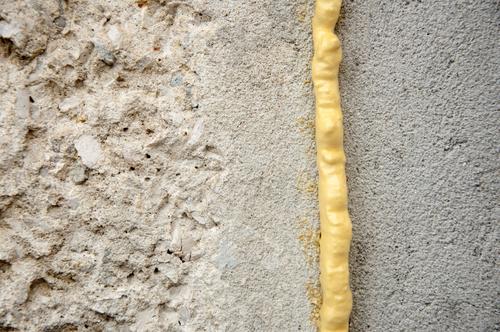 TCSA requires manufacturers to inform the Environmental Protection Agency (EPA) of any new chemical they wish to begin using. If the EPA has any concerns about the chemical, the agency can demand further information. The onus is on the EPA to spot potential problems, rather than on manufacturers to thoroughly test products before use.

When the EPA reviews potential “new chemicals,” it has the power to limit the uses of the substance — or it can refuse to add the chemical to the list altogether, thereby prohibiting its use. Only 2,500 chemicals were refused between 1976 and 1994. When TCSA was passed in 1976, over 60,000 chemicals in use at that time were grandfathered in.

Since that time, more than 20,000 new chemicals have been added to the inventory, and only 5,000 of those have been questioned due to safety concerns.

Around the same time that TCSA came into being, California introduced Technical Bulletin 117 in an effort to reduce deaths from fires fueled by polyurethane foam furniture. This bulletin introduced tough safety tests in which items had to resist an open flame for 12 seconds. In order to pass the test, manufacturers began to use flame retardants in their furniture, many of which had been grandfathered into the TSCA inventory without safety testing.

At first, everyone was happy: foam furniture on sale across the US now adhered to the strict California standard. As a result, lives were sure to be saved. Figures do indeed show that fire deaths in which upholstered furniture was a primary source of ignition declined by over 58% across the US after the introduction of TB117.

But then people began to associate health problems with their polyurethane foam furniture. Studies found that commonly used flame retardants were carcinogenic. One flame retardant, polybrominated diphenyl ether (PBDE), contributes to lowered IQ, increased hyperactivity in young children, and disrupted hormones during pregnancy. PBDEs have since been classified as persistent organic pollutants (POPs), and their production is restricted under the Stockholm Convention. 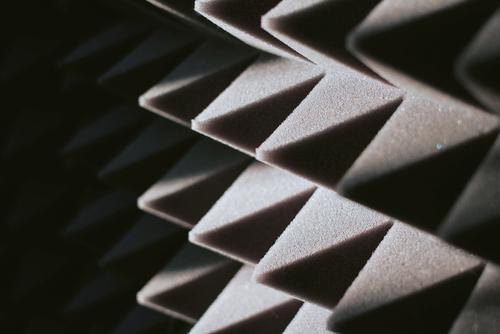 Due to growing concerns about PBDEs, they were banned by the state of California in 2003, and their sole manufacturer in the US voluntarily phased out production starting in 2004. However, a test of 101 polyurethane foam baby products carried out in 2011 showed that 80% of them contained chemicals the Consumer Product Safety Commission considered as a potential hazard to consumers. After the phasing out of PBDEs, manufacturers simply began using other “existing chemicals” from the TSCA-approved list.

Without the testing of suspect substances already on the TSCA register and an increased testing of new chemicals, toxic substances will continue to be discovered in our household products. The Frank R. Lautenberg Chemical Safety for the 21st Century Act, signed in by former President Obama in June 2016, is a long-awaited reform of TSCA, but does it have the power to really improve matters for consumers and the environment?

The modernized act does have some improved powers. For example, the EPA is now required by law to begin safety reviews of 10 high-priority chemicals on the existing list within 180 days of the law coming into force. Within three to five years, the EPA is expected to begin reviews of 20 additional chemicals. Although this is a step in the right direction, with so many new chemicals coming onto the market, it might be too little too late.

If the EPA does have particular concerns about a new chemical, the new law gives the agency a streamlined route to demand testing. But unless outside pressure is brought to bear on the EPA, it may not begin the process as there is no requirement to do so.

One controversial aspect of the old TSCA was that manufacturers could demand that the ingredients of their chemicals be kept secret in order to protect their competitive edge. This lack of transparency does nothing to help consumers and scientists work out which chemicals are potentially dangerous.

The new law means that many ingredients can be revealed to first responders, state and local governments, and health providers. In theory, this should make it easier to decide whether to push for testing. However, manufacturers can still ask for confidentiality if the name of a chemical might reveal to competitors how it is produced.

While the new law clearly improves some aspects of TSCA, it is still not enough to make our homes and workplaces completely safe from toxic chemicals. The Union of Concerned Scientists points out that, under the new rules, it would take the EPA about 50 years to test the 1000 most dangerous chemicals on their list. The new law will also need plenty of extra funding, but so far it is unclear where this is expected to come from.

In addition to the improvements to TSCA, California recently reformed TB117 to TB117-2013. The new version takes away the requirement for foam to pass the open flame test, and now only requires it to pass a smoldering test. This change was made in response to evidence that most fires involving polyurethane foam furniture actually start as a result of smoldering heat sources. Requiring foam to pass the strict open flame test was seen as overkill and a likely contributor to the amounts of toxic flame retardants used by manufacturers.

Unfortunately, manufacturers do not appear to be moving quickly to reduce the amounts of flame retardants they use. Changing their suppliers and production methods would, after all, be expensive. One manufacturer actually went so far as to try to sue the Californian government to reinstate the open flame test, stating that “the new TB 117-2013 standard is a step backwards and will ultimately adversely affect fire safety for the entire nation."

Duke University currently offers a free testing service to identify which flame retardants are present in furniture you already own. But if you are buying new furniture that is labeled as “meeting the requirements of technical bulletin 117,” it may still contain toxic flame retardants, even if it has only been subjected to the smolder test. There is still no easy way for consumers to tell which chemicals different products contain.

For now, if you are concerned about limiting your family’s exposure to potential toxins, you have limited options. Testing your existing furniture and buying natural alternatives in place of new polyurethane foam are the only surefire ways to keep the toxins out, but with the prevalence of polyurethane products in today’s society, it is unlikely that anyone could avoid them entirely.

"Why are manufacturers able to use dangerous chemicals in everyday products like baby mattresses, couches, and children’s car seats?"

The Most Disastrous Consequence Of Climate Change That Nobody Is Talking About April 1st, 2016