Why We Need Energy Efficient Lighting: A Look At Global Electricity Consumption

Two decades ago, China began its ascent to a global economic powerhouse. At the same time, awareness grew over how much of the world’s resources (20%) America was consuming. However, the debate centered not around cutting US consumption, but on what would happen if China reached US-levels of energy consumption.

Fortunately, as China, Brazil, and India developed, so too did energy efficient lighting.

How The World Consumes Energy

At the moment, China consumes a middling amount of energy per person. In fact, it works out to just one quarter of that used by the US. However, with a population of 1.5 billion (compared to 330 million Americans), China is now the single largest consumer of electricity in the world. No other country comes close to these two nations, though Canada consumes more electricity per person than America.

Here’s a breakdown of the top electricity usage across the globe: 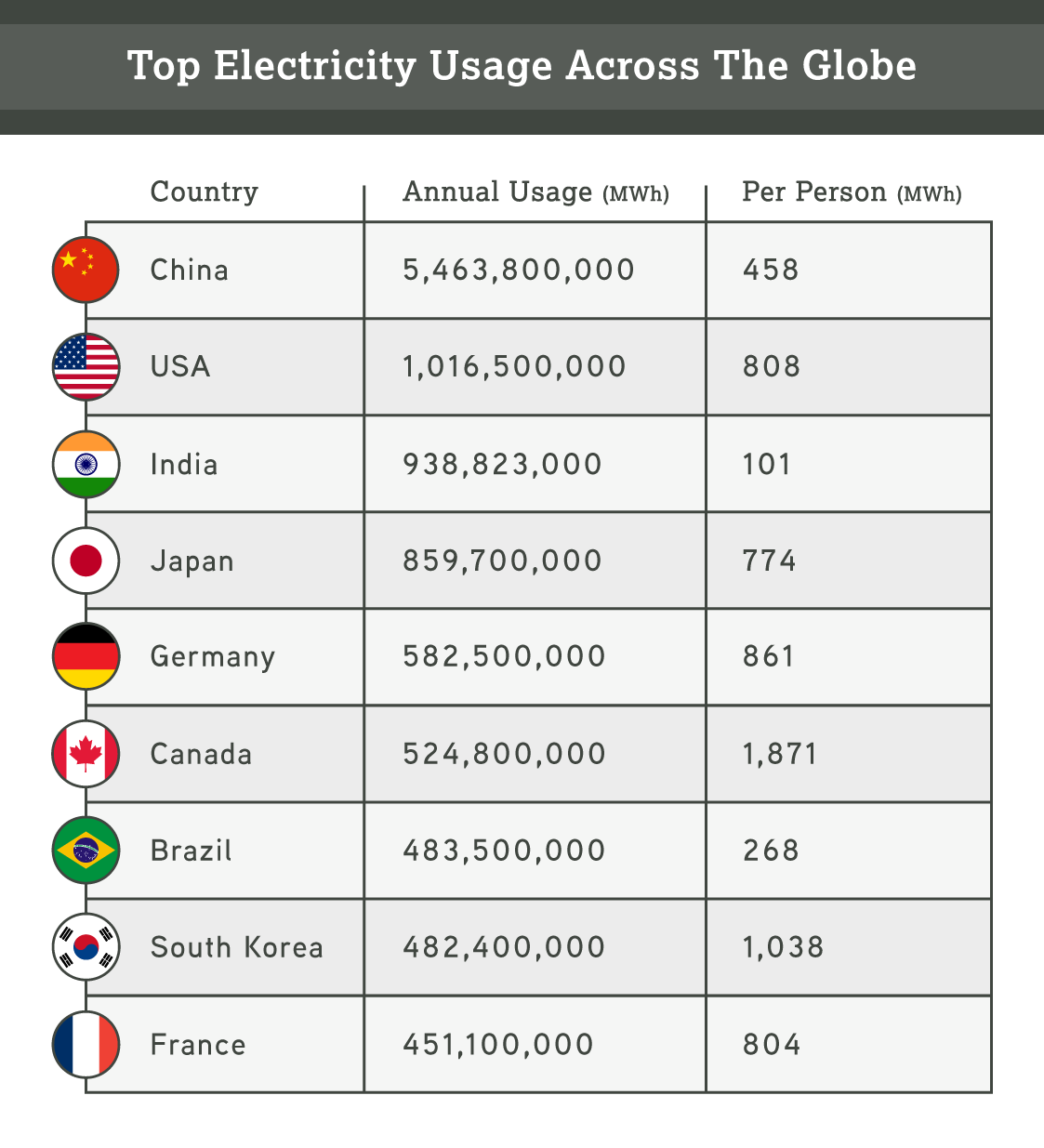 With those numbers in mind, it’s clear to see why energy efficient lighting is spreading: ensuring our access to power remains stable is a necessary part of our future. In fact, many nations and regions have taken to banning inefficient lighting — but even their preferred replacements are under threat from the humble LED.

Leading LED retailers report that the LED market grew from 18% in 2013 to 31% in 2015, and is projected to reach 70% in 2020. LED light bulbs last longer, require less energy to use, and produce fewer carbon emissions. Those benefits are exponential in populous countries like China.

Of course, it’s worth noting that lighting is only a small fraction of the energy market, and more reforms need to be enacted to get overall levels under control. In the meantime, though, we’re rooting for LEDs — and looking forward to watching them light our world’s future.

Contributed by Phoebe Parlade. If you want to write for Green Future, check out our submission guidelines here.

Read This Before You Buy A Solar Water Heater January 13th, 2017

We’ll tell you everything you need to know before you buy a solar water heater, including how it works, how much it costs, and even how to make one yourself.

Tesla Stock Drops After Elon Musk Releases Part Two Of His Master Plan. He Doesn't Give A F*** July 21st, 2016

The point of all this was, and remains, accelerating the advent of sustainable energy, so that we can imagine far into the future and life is still good. That's what "sustainable" means. It's not some silly, hippy thing — it matters for everyone.