How Solar Street Lights Brighten Up Roads (And Energy Bills)

Cities can light up their streets with solar power.

Street lights lie dormant and useless during the day, but they suck up power from the grid when they brighten up roads at night. Isn’t there a better way?

Yes, there is, and more areas are discovering the benefits of solar street lights to help drivers navigate roads. The premise is simple (and a little obvious). During the day, photovoltaic panels attached to the light soak up rays, which divert power to an attached rechargeable battery. At night, that battery powers the street light. The light is typically LED, since LED lights are able to provide brighter lighting for less energy consumption. 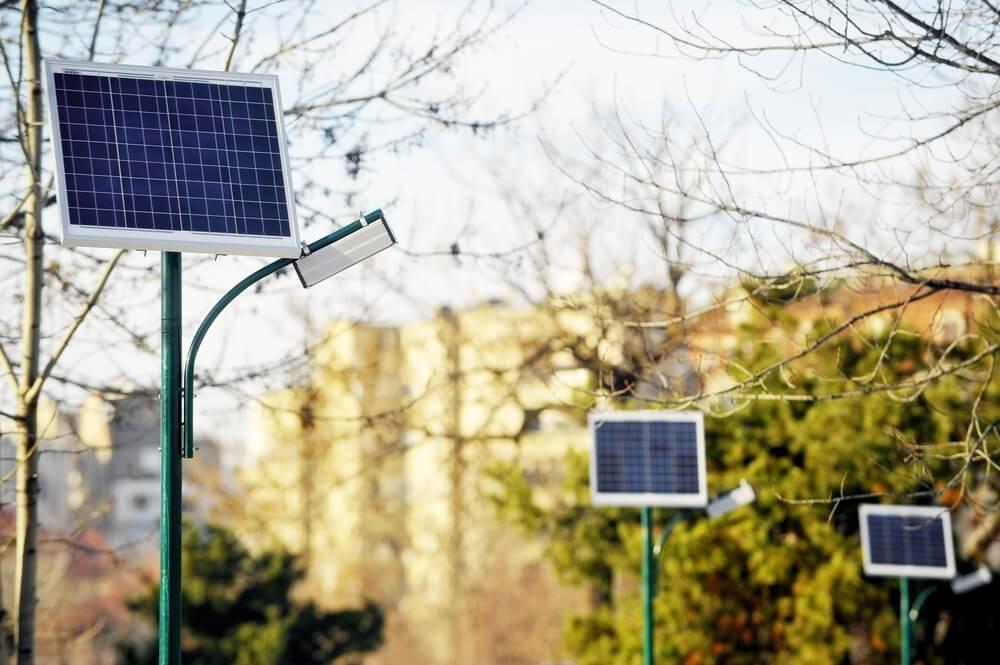 There are two main types of solar street lights:

Stand-Alone Solar Street Lights: These are completely self-contained systems that aren’t hooked up to the electric grid. They are easier to install and require less maintenance than other types of systems. However, they run the risk of not working if cloudy days or some other barrier prevents them from being exposed to the sun.

Grid-Interactive Solar Street Lights: Like the name implies, these systems use solar energy, but they also are hooked up to the electric grid. These are pricier and more complex, but they have the advantage of working even if the sun doesn’t want to cooperate. When the battery is full, they can also distribute surplus energy back to the grid.

Some cities are already experimenting with replacing their old street light system with solar street lights. Nagpur, India, for example, revamped its street lighting system as part of the city’s aggressive energy reforms. The city is particularly suited for conversion to solar energy because it gets over 300 sunny days a year. In 2007, the local government set the goal of reducing the city's conventional energy consumption by 3% and the government’s conventional energy reduction by 20%.

To achieve this goal, the local government — called the Nagpur Municipal Corporation (NMC) — set their sights on their street lighting. The system consumed more than 22 gigawatt hours of electricity, which is the second-highest source of electricity consumption for government operations. So, 20 solar street lights were installed on NMC premises, another 20 solar lights on the premises of the high court, and 60 solar street lights in gardens and parks. Additionally, the government swapped out over a thousand 70-watt lamps with more efficient 50-watt lamps.

The result? The city was able to cut its yearly carbon emissions by 6.34 tons and reduce its energy consumption and cost, all the while providing more night time illumination for residents.

But you don’t have to be part of a local government to reap the benefits of solar street lighting. If you want to light up your driveway at home, you can purchase all-in-one packages that allow you to have a brightly illuminated home while still keeping your energy bill low.

For example, Bright Night Solar has several packages that run a few hundred dollars each. 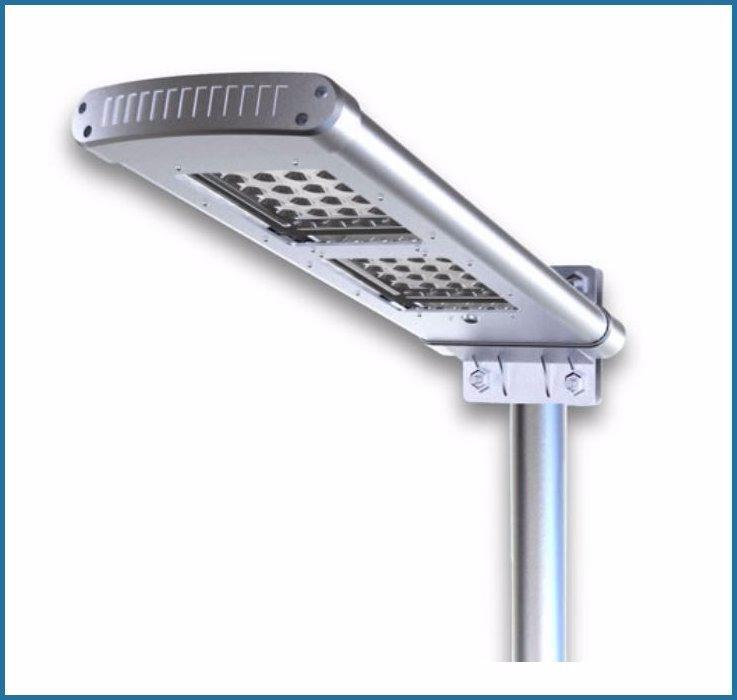 They include the lights, lithium ion batteries, and a solar charging system in one package. After a solar system charges for about 12 hours in direct sunlight, it can light up 1.5 to two continuous nights. It even has a timer and motion sensor to make the most out of the energy in the batteries.

For the first five hours after dusk, it lights up the street at full power: 2000 lumens. After that, it reduces to 500 lumens, and then only lights up to full power when it detects motion.

What Has To Happen Before Solar Street Lights Are Adopted?

If solar street lights are so great, then what’s the hold up?

Cities are generally wary about adopting new technology, especially when it concerns something as important as providing lighting for residents. A few things will need to be in place before we start seeing solar street lights on every corner.

Out of habit, many cities still require street lights to use old halogen bulbs. While these provide great illumination, they are energy vampires. More cities will need to adopt LED lighting before solar lights become viable.

Cities and utilities will need to measure how every light pole is consuming energy from a centralized location. Without this level of accuracy and precision, it will be difficult to measure how much energy is being consumed from the grid and how much is being drawn from the batteries. High-tech measurement systems such as GE’s Lightgrid already has this capability, but it will require more widespread adoption before solar street lights are common.

In order to further save energy and reduce the odds of nighttime blackouts, cities will also need intelligent street lights. These are lights that include sensors and dimmers that provide the optimal amount of light to help citizens navigate their street at night — but not a single lumen more.

"If solar street lights are so great, then what’s the hold up?"

This sunflower doesn’t just produce electricity from solar energy — it also purifies and desalinates water, produces heat, and can even be used to cool a home.

How Our Impact On The Environment May Be Causing More Shark Attacks March 21st, 2016