Why Solar Farming Is The Next Big Thing In Sustainability

The future’s looking a little brighter with solar panels on farms.

At the end of a tumultuous year in sustainability, one fact is clear: photovoltaic solar power has cemented its position as a clean, sustainable, and relatively cheap source of energy. Sunlight comes free of charge, and silicon, the material used in the construction of solar panels, is the second-most abundant element in the Earth's crust after oxygen.

But there’s one big issue linked to solar technology: physical space. Solar panels are wide and heavy, and they need a lot of real estate to produce sufficient energy on a large scale.

As the worldwide population grows, cities are expanding, which threatens wild, open spaces and their unique, fragile wildlife. The expansion of solar technology should go hand-in-hand with the preservation of nature. One way to solve this dilemma involves the use of agricultural lands. 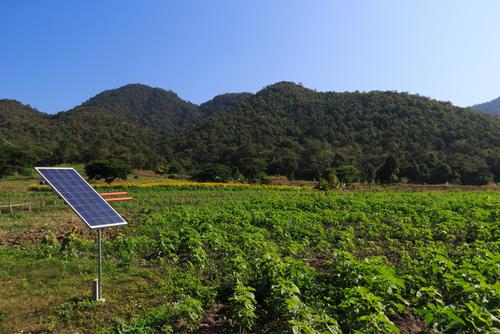 For many farmers, solar energy can make their fields do double duty. That benefit, coupled with the cost-saving qualities of solar, explain why the agricultural solar farming phenomenon is spreading throughout the world: solar farms represent an excellent way for farmers to make use of fields that are not suitable for traditional crops.

A few different factors can cause fields to become unsuitable: land overuse, poor or wrong-quality soils, and difficulties with ploughing and preparing the land for crop use. By replacing cropland that doesn’t generate enough yield from traditional farming, solar farms represent an important source of additional income for farmers — particularly those who are recovering from the recent recession.

Instead of replanting a 47-acre cotton field, Helen and Tom Livingston decided to rent the land to solar company Strata Solar for the next three decades. The agreement will generate more than $20,000 each year for the Livingstons. Helen Livingston told the Raleigh News & Observer this deal was “too good to pass up.” 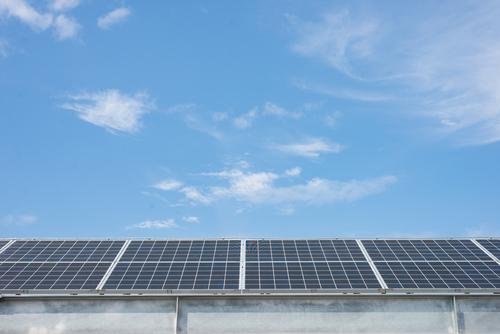 Fields used for solar farming are never fully lost to agriculture. With plenty of space to grow wildflowers between the panels, a number of solar farms have chosen to develop a beekeeping activity in parallel. This is a great way to help bee populations, which have declined in recent years.

Larger animals like horses and cows could potentially damage or dislodge the panels, but sheep and free-range poultry are a good fit with solar farming. Sheep in particular are good for cropping the grass neatly to the ground without the destructiveness of goats, who can eat the grass bare, leaving it vulnerable to wind and water erosion. The panels also provide shelter for the sheep and chickens on hot days, even as the panels quietly and efficiently soak up rays.

Other solar farms choose to grow low-lying, easy maintenance plants or high-value vegetables in order to implement ingenious and low-impact ways to effectively double the usage of the land.

The Potential For Self-Sufficiency 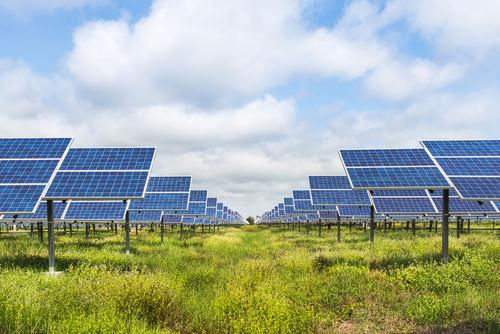 Solar farming also promotes self-sufficiency. In some cases, the solar energy produced on solar farms is diverted into the local power grid, decreasing the burden on traditional, often non-renewable sources of energy in homes and companies.

However, that energy can also be used around the farm. According to a 2011 study by the USDA, a nationwide average of 6% of farm expenses relate directly to energy. In the US, “solar energy can supply and/or supplement many farm energy requirements,” including motor energy generation and water pumping.

With solar, remote farms — which sometimes suffer from power outages or long reparation delays — can manage their own power needs without having to depend on energy companies and repairmen from many miles away. The power generated by solar panels is used to dry crops on-site, heat and light farm buildings, or even power a water pump for irrigation, drinking, and washing water.

On dairy farms, solar power can heat up water that cleans equipment. Greenhouses growing delicate or exotic plants can be supplied with water and heat. The usages of solar electricity around a farm are endless, leading to one necessary end goal: the consumption of clean, renewable energy and eco-friendly, sustainable agriculture.

About the author: Charles Spencer is freelance journalist specializing in farm machinery and crop production. He works for various magazines across the world and provides the writing for the technical, advertising, and marketing needs of farm equipment companies. He currently writes regular updates on farm machinery developments at Agriaffaires.

Genetically modified foods — also known as GMOs — have been sold in the United States for more than 20 years, but they remain the topic of fierce debate.

How Rainwater Harvesting Could Transform Your Garden (And Water Bill) April 3rd, 2017

Rainwater harvesting systems are the perfect environmentally friendly way to water your garden.