Wind power has a lot of promise — but it also has a few problems.

Why does solar power get all the love? It seems to receive all the media attention, investments from tech entrepreneurs, and kiosks staffed by solar sales reps at your local Home Depot. Wind power exists too. Why aren’t there wind sales reps at Home Depot?

Well, the truth is that wind power hasn’t been embraced as enthusiastically as solar power by green energy proponents — even though wind power is just as environmentally friendly. While wind energy has a ton of potential, it also has a few practical kinks that guarantee that it will play second fiddle to solar as the most promising green energy source for a while.

This table gives you a quick overview of the major pros and cons of wind energy. Read on for a more thorough explanation of each advantage and disadvantage. 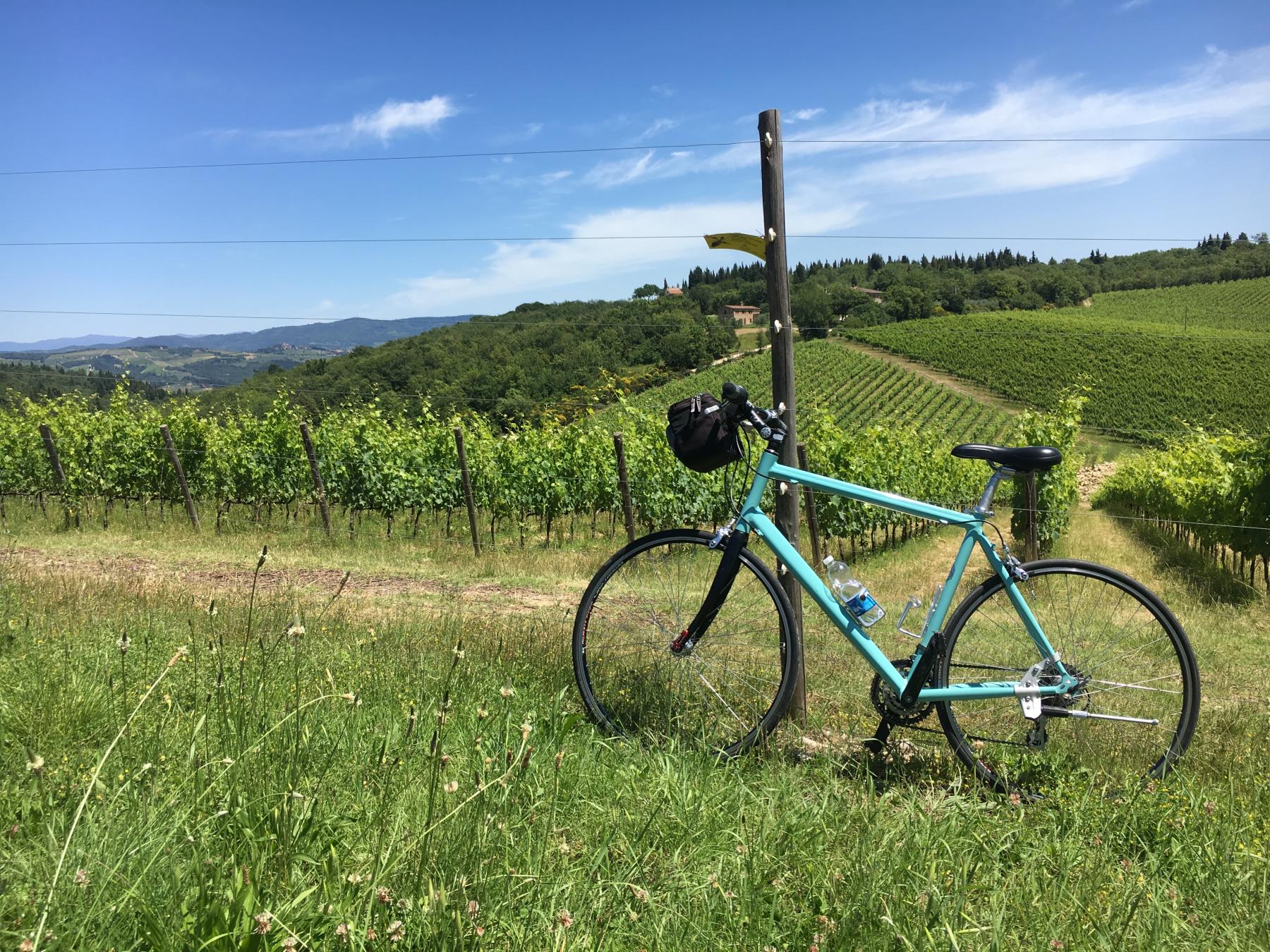 Wind energy is as clean as energy comes. The materials used to produce the turbines are simple and environmentally friendly, and turbines don’t release carbon as they convert wind into energy.

Have you you ever sat inside of your house while gusts of wind rattled your windows and thought, “This wind could be used to power my cell phone right now”? Well, maybe you should.

Much like the uncaptured solar rays that warm the Earth every day, all that circulating air on the Earth represents untapped potential. As long as the planet has an atmosphere, the wind will blow. So why not turn that wind into energy?

There are large stretches of land that aren’t useful for farming, don’t have potential to be a commercial, industrial, or residential zone, and otherwise don’t have any apparent use beyond being a substitute for a windswept, Martian landscape in a Hollywood space movie. If you’ve ever driven to Las Vegas, you’ve probably seen a lot of it. 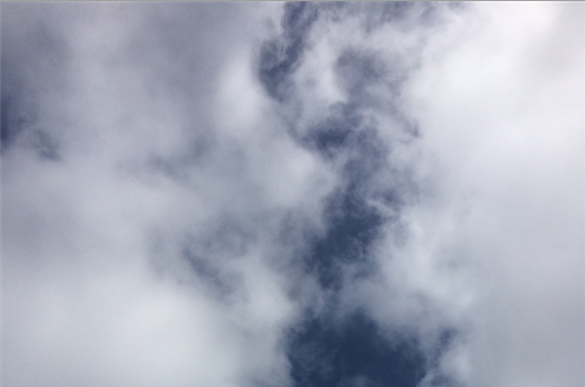 But as long that Martian-like landscape is genuinely windswept, that land could be used for wind farms. This might also be a boon for landowners, who can profit from their unused land by either leasing it to wind farms or setting up their own wind farms and supplying electricity to the grid.

Wind turbines use some basic engineering principles to harness wind to rotate blades, and then turn that kinetic energy into the kind of energy that powers homes. It’s nowhere near as complex or highly regulated as a gas, oil, or nuclear power. That means that once the permits are secured, a wind farm can be constructed relatively quickly. So, there’s a smaller time gap between finding an area that has a high potential for wind energy and powering homes with moving air.

Here’s a perk of wind power that solar can’t match: you can generate power even after sunset. Solar panels obviously need the sun to be bright and shining before any energy is generated. Wind turbines don’t have that limitation, and can create power during the night. 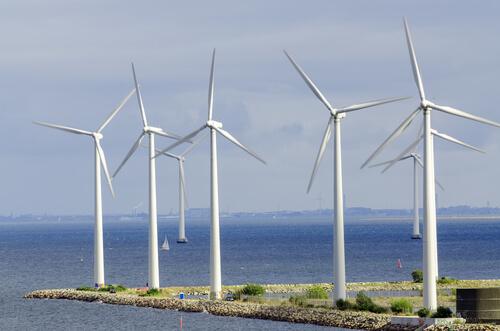 Wind is unpredictable. While meteorologists are now skilled at predicting general weather conditions, the fluid dynamics of wind means that they can’t tell how powerful wind is going to be at any given hour of the day. The wind might be relatively weak one moment, then suddenly gain force for a long period of time.

Both too much wind and too little wind cause problems. When energy production surges, it has to be quickly allocated to energy providers, or else it’s wasted. When energy production dips below predicted levels, it can lead to blackouts and brownouts. The process of understanding how much energy is needed and where to get it is called “load management.” 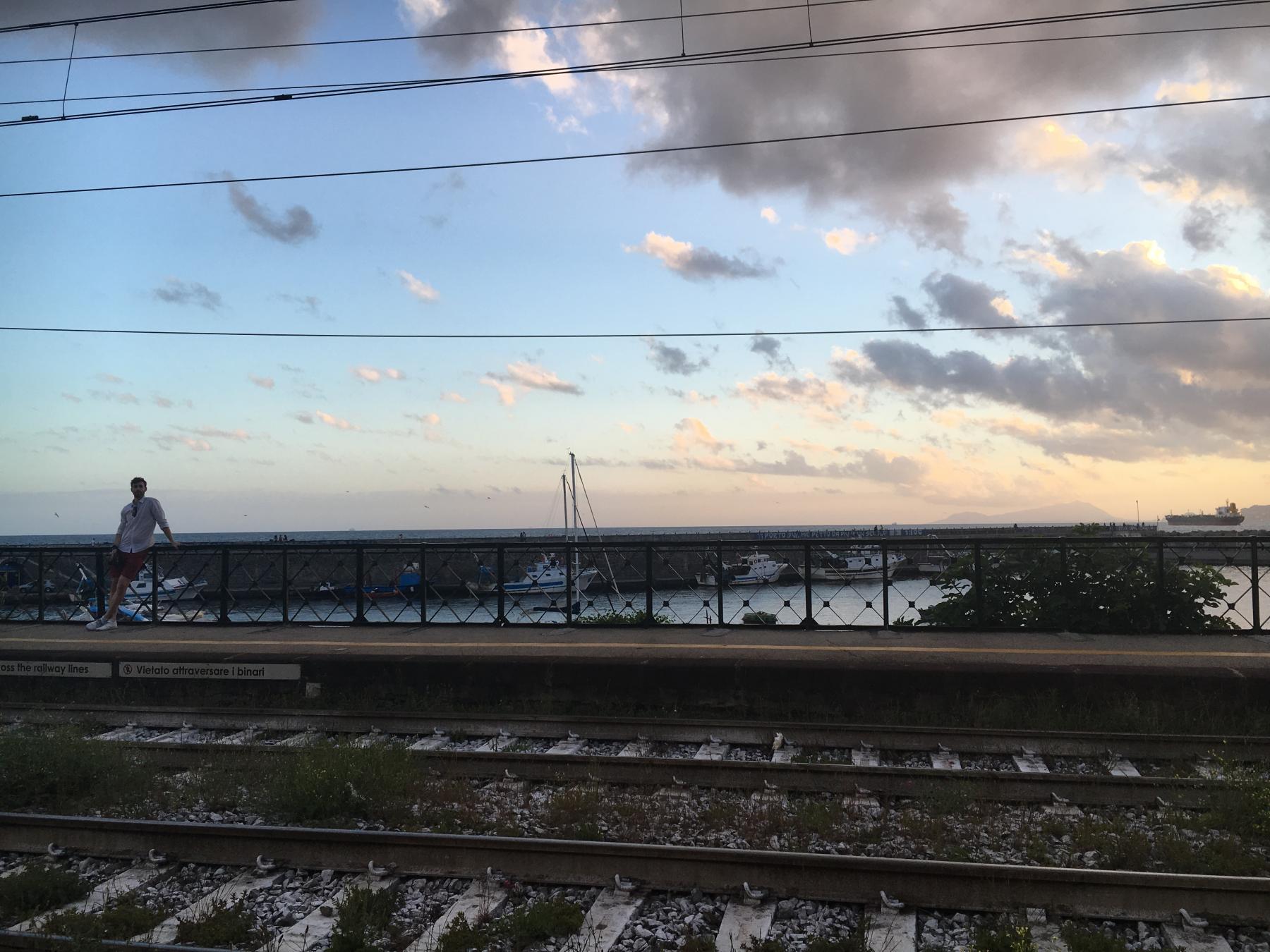 Some scientists are working on the problem of wind prediction. Chandrika Kamath, a researcher at the Lawrence Livermore National Laboratory, has researched wind behavior through the WindSENSE project. "What I'm interested in is seeing if we can use that weather data. Ideally, the better the data quality we have, the better the predictions would be," Kamath told Scientific American.

But wind energy simply won’t be popular on a massive scale until these issues are resolved. Since managing electric loads is essential to a reliable grid, the relative instability of wind power makes it less attractive to utility companies.

Some areas of the country have a consistent breeze going through them. These places can take full advantage of wind power. For example, four of the top ten windiest cities in the country are all found in Texas. So not surprisingly, Texas leads the nation in the most electricity generated from wind energy. Impressively, wind power accounted for 11.7% of the electricity generated in Texas during 2015.

Other places have air that is more or less stationary year-round. For example, Los Angeles, which has an average yearly wind speed of just 1.9 MPH, would be a horrible place to establish a wind farm.

“Visual pollution” is a term that was created because civic engineers don’t want to say, “It’s a bit of an eyesore.” While power plants can be tucked away in remote areas, and solar panels are either low to the ground or installed on rooftops where no one can see them, wind turbines are big and obvious. And unlike cellphone towers, you can’t disguise them to look like trees.

You can’t get rid of those red, blinking lights on top of wind turbines either — the FAA requires them so pilots can see the turbines at night.

Wind turbines aren’t particularly loud, but they do make some noise. The constant drone of the turbines can be frustrating for people who live near wind farms. That said, the noise impact is much less than living under an airport flight path. 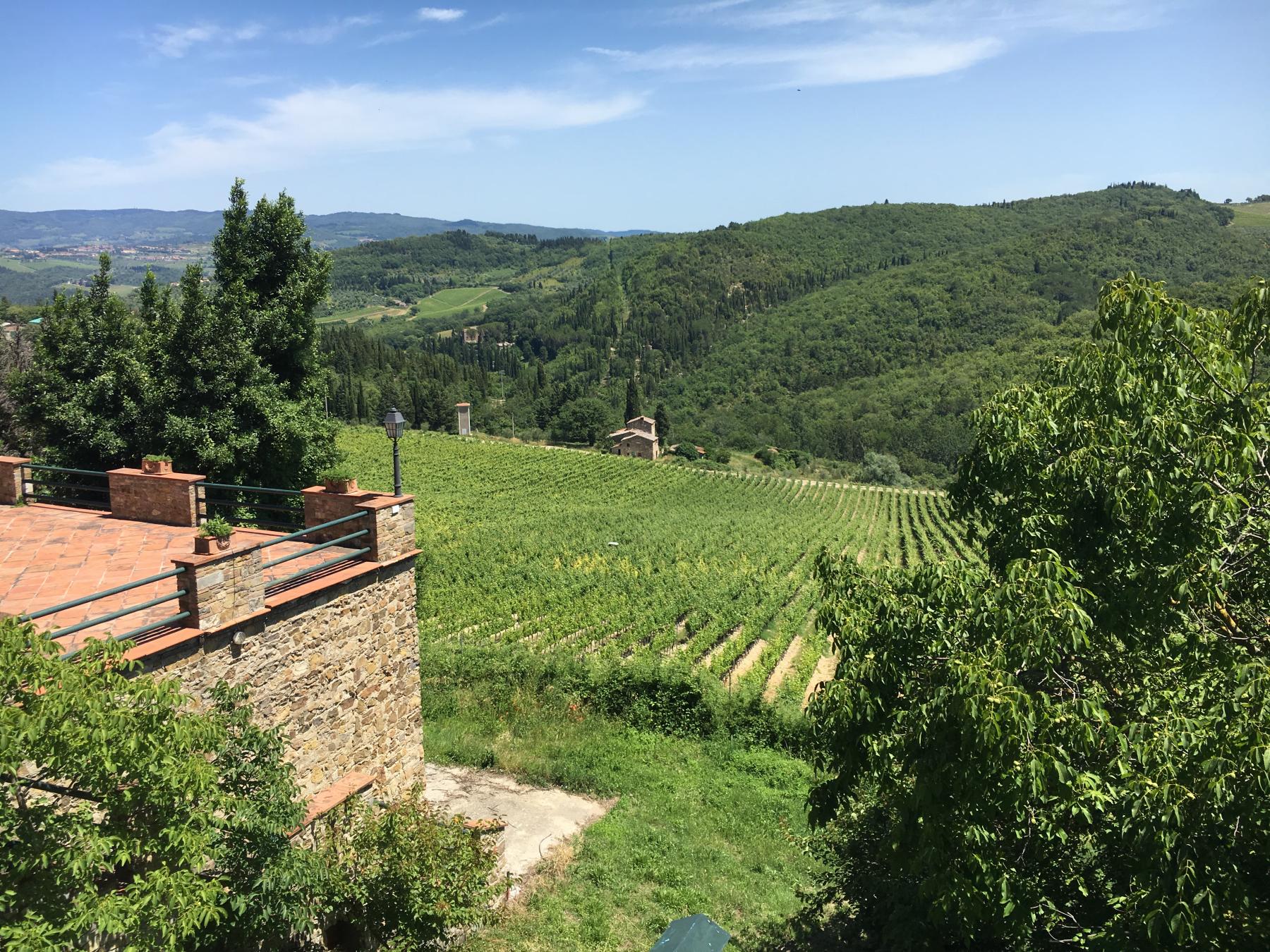 4. Difficult To Use At Home

Because solar panels are small and sleek, it’s easy for homeowners to harness the sun’s energy for their power needs. Many homeowners who want to do the same with wind power are going to have a more difficult time.

Smaller wind energy systems do exist, but they’re not as simple as installing solar panels, which can fit snugly against the roof of your house. Wind turbines, on the other hand, usually need a tower so they’re high enough to capture the breeze.

For someone who lives in a rural area, this isn’t as much of a concern. Installing a wind energy system could be a great way to cut your electric bill and maybe even make some extra cash. But for those in cities and suburbs, building codes, city ordinances, and close proximity to other people make it impractical — if not completely impossible — to use wind energy at home.

The ultimate cost of wind energy is low when compared to other types of power, but it usually costs more up front. A 10-kilowatt machine, which is the size you’ll need to power a large home, can cost between $50,000 and $80,000. Home solar, on the other hand, is less than half the cost.

If your heart is set on having a backyard wind farm, there is some cost relief. Federal tax credits for home solar also apply to wind energy systems. Depending on the system you install, you could get a rebate of up to 30% of the total costs. Even with the savings, wind energy can set you back at least $35,000. That’s still more than you’ll pay for home solar, even without any credits or rebates.

While those are the main pros and cons, I feel like I should place one more argument against wind power into a third category.

Frequently Listed As A Con, But Probably Isn’t That Big Of A Deal 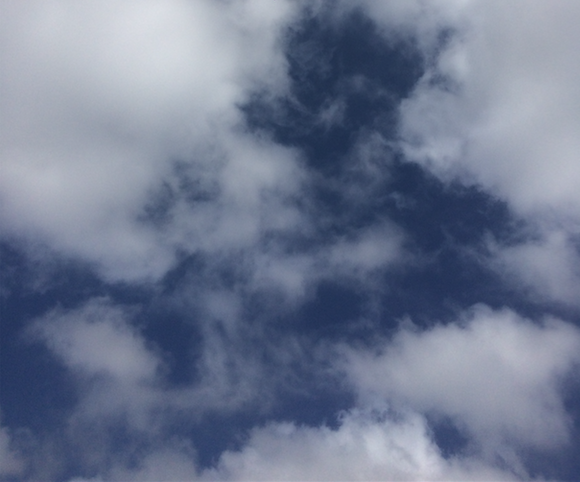 Strangely, the most commonly cited problem with wind power probably isn’t that significant. Detractors argue that those massive spinning blades double as bird killers. While some people make it seem that wind farms are the biggest collections of dead birds outside of a KFC, it’s important to keep their impact in perspective.

According to a 2007 report by the Committee on Environmental Impacts of Wind Energy Projects, wind turbines killed somewhere between 20,000 and 37,000 birds in 2003. Ideally, wind farms should have no or little impact on wildlife, but that number doesn’t exactly represent a huge uptick in bird deaths. For example, according to that same study, at least 97 million birds are killed by collisions with buildings every year. Estimates for bird deaths caused by collisions with high tension lines run as low as 130 million and as high as 1 billion. Collisions with cars can account for around 80 million annual bird deaths.

Toxic chemicals kill another 72 million. No one knows exactly how many wild birds are killed by domestic housecats, but it’s estimated to be in the hundreds of millions. Directly or indirectly, humans kill almost a billion birds a year — which means that wind turbines account for around .003% of anthropogenic bird deaths.

While the environmental impacts of wind farms are a legitimate concern, they aren’t necessarily more deadly to birds than other manmade structures.

"While wind energy has a ton of potential, it also has a few practical kinks that guarantee that it will play second fiddle to solar as the most promising green energy source for a while."

These Benefits Of Apple Cider Vinegar Are An Eco-Lover's Dream July 13th, 2016

ACV is a cure-all that you can drink up, soak in, wash with, or apply onto your body to make you superhuman.