Science No Longer Has A Place In Government

Media blackouts and self-censorship in government agencies show Trump is serious about his anti-science agenda.

It hasn’t even been a full week since President Donald Trump moved into the White House, yet we already have a list of anti-environment, anti-science actions to shout about.

In the past two days, Trump has put numerous government agencies on lockdown, essentially frozen the EPA, approved the Dakota Access Pipeline, and revived the Keystone XL pipeline.

As of Wednesday morning, the EPA, Department of Health and Human Services, and Department of Transportation remain under a communication blackout.

The chilling ripple effect is reaching across the government, as other agencies are seemingly self-censoring information on the effects of climate change to avoid Trump’s wrath.

Here’s a look at what has happened (so far) this week:

The Trump administration has imposed a freeze on grants, contracts, and social media at the United States Environmental Protection Agency.

Employees of the government agency are also banned from sharing updates on social media or speaking to reporters. The Trump administration has demanded that scientific studies and data undergo review by his political staff before being released to the public, according to the Associated Press.

One EPA employee told ProPublica that he’s seen hiring freezes in the almost 10 years he’s worked for the agency, but halting grants and contracts seemed extraordinary.

“They’re trying to freeze things to make sure nothing happens they don’t want to have happen, so any regulations going forward, contracts, grants, hires, they want to make sure to look at them first,” Myron Ebell, Trump’s EPA transition leader, told ProPublica. “This may be a little wider than some previous administrations, but it’s very similar to what others have done.”

It’s still unknown whether the ban on grants and contracts affects only new projects or includes the approximately $6.4 billion of current federal contracts.

Also worth noting: Oklahoma Attorney General Scott Pruitt, Trump’s pick to lead the EPA, has spent much of his career suing the agency on climate change issues.

CDC postponed meeting out of caution following election of Trump, who has called climate change a hoax https://t.co/kd53Dk6hJU

Information blackouts in government agencies aren’t just coming at the behest of the President. In perhaps the most chilling development on this list, it’s possible agencies are beginning to self-censor to avoid contradicting Trump.

On Tuesday, the Center for Disease Control abruptly canceled its long-scheduled conference on the health effects of climate change. The agency’s message offered little explanation for the cancellation.

The Climate and Health Summit is a way for public health officials to learn more about the risks posed by climate change. Scheduled for February, the event was canceled on Jan. 9.

By the end of the week, the summit was back on — thanks to former Vice President Al Gore.

The meeting will take place outside of government circles, the Washington Post reported. It will be held at the non-profit Carter Center in Atlanta, GA instead of the CDC. It has also been reduced to one day, and sponsors now include various nongovernmental organizations.

"They tried to cancel this conference, but it is going forward anyway," Gore said in a statement. "Today we face a challenging political climate, but climate shouldn’t be a political issue. Health professionals urgently need the very best science in order to protect the public, and climate science has increasingly critical implications for their day-to-day work."

Georges Benjamin, American Public Health Association’s executive director, told the Washington Post on Tuesday that CDC officials decided to cancel the event rather than risk drawing the ire of Trump. Benjamin was scheduled to be a keynote speaker at the event.

"They ran it up the flagpole and realized that it was so close to the inauguration, the chances of it being canceled were pretty real with the administration that was coming in," he said. “Some might argue they should have said, ‘We’re going to do this and make them tell us no.’ But that was the decision they made. We should think of this as a strategic retreat."

Edward Maibach, director of the Center for Climate Change Communication at George Mason University, told the Washington Post he fears the cancellation will set a precedent of government officials self-silencing, in part over fears of retaliation, rather than standing behind the established science around climate change.

CDC Director Thomas Frieden resigned earlier this month, and President Trump will pick his successor. We don’t yet know who has been tapped to lead the agency, but considering choices to lead other agencies, it will likely be another anti-science, unqualified sycophant. 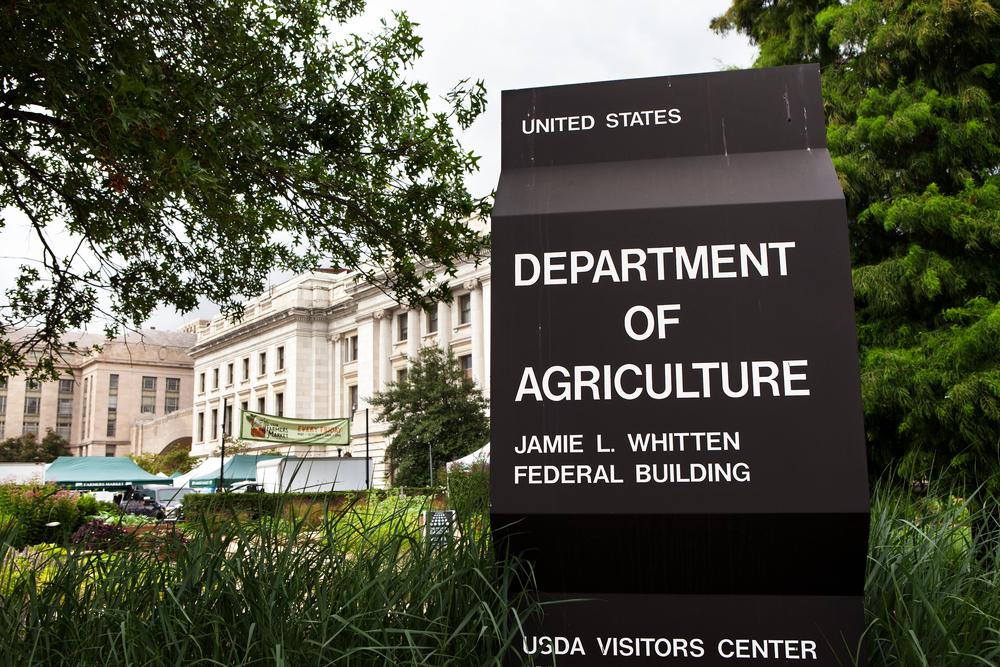 United States Department of Agriculture scientists were also included in the media ban before department officials walked it back Tuesday.

"This internal email was released without Departmental direction, and prior to Departmental guidance being issued," the USDA said in a news release. "ARS will be providing updated direction to its staff."

Employees in the USDA’s main research division, the Agricultural Research Service, had been banned from publicly sharing anything, including summaries of scientific papers and tweets from the agency’s official account.

“Starting immediately and until further notice, ARS will not release any public-facing documents,” Sharon Drumm, Chief of Staff for ARS, wrote in an email obtained by BuzzFeed News. “This includes, but is not limited to, news releases, photos, fact sheets, news feeds, and social media content.”

Unlike research from other agencies, such as EPA climate change studies, the USDA has typically avoided controversy. This proves no science is safe from government censorship.

All of these media blackouts and self-censoring give the White House greater control over taxpayer-funded scientific research. Information that contradicts Trump’s priorities will almost certainly be suppressed.

With agencies unable to speak for themselves, we’ll have to rely on the official White House line for information. Fact-checking through non-governmental organizations like the Climate Action Network will become critical.

The Trump administration has already shown little regard for facts, promoting blatant lies about petty things like the number of people attending the inauguration and spinning it with Orwellian terms like “alternative facts.”

What happens when these lies start to apply to information that has real human consequences?

"Information that contradicts Trump’s priorities will almost certainly be suppressed."

By the mid-2030s, I believe we can send humans to orbit Mars and return them safely to Earth.

How Your Car Could Run On Seaweed: Algae Fuel For The Future March 25th, 2016

Fancy accounting doesn’t remove carbon from the atmosphere we all share.