The Dakota Pipeline is back, but for Standing Rock, it never left.

Yesterday, President Trump signed an executive order to advance both the Keystone XL pipeline and the much-disputed Dakota Access Pipeline. Here’s what that means.

The Executive Order In A Nutshell

Former President Obama was well-known as a vocal defender of environmental issues. He championed climate causes and restrained dangerous gas-guzzling practices, such as the construction of deeply destructive fracking pipelines through America. As a result, the Keystone XL pipeline was never given the green light, and the Dakota Access Pipeline was halted in the wake of mass protests in late 2016.

Trump has depended on smoke and mirrors for many things, but his unadulterated commitment to the oil and gas industry is not something that requires alternative facts. It was always known that once Trump came to power, he would roll back on decades of climate science and policy to clear the way for the titans of big oil.

Even as former President Obama brought the hammer down to put a temporary hold on DAPL, Energy Transfer Partners — the company behind the pipeline — was absolutely blasé about it. ETP’s nonchalance was unsurprising, given that the CEO contributed to Trump’s presidential campaign bid. Trump himself had personally invested in ETP before he announced his run for president in 2015.

“As stated all along, ETP and SXL are fully committed to ensuring that this vital project is brought to completion and fully expect to complete construction of the pipeline without any additional rerouting in and around Lake Oahe. Nothing this Administration has done today changes that in any way.”

While the Army Corps of Engineers, who has jurisdiction over pipeline, is still free to conduct the environmental impact survey that former President Obama tasked them with, we can’t bury our heads in the tar pit and hope for the best.

“The Trump Administration will embrace the shale oil and gas revolution to bring jobs and prosperity to millions of Americans. We must take advantage of the estimated $50 trillion in untapped shale, oil, and natural gas reserves, especially those on federal lands that the American people own.”

Scary Anti-Protest Law On The Table

On Jan. 15, lawmakers in the state of North Dakota introduced House Bill No. 1203. It reads:

“Notwithstanding any other provision of law, a driver of a motor vehicle who negligently causes injury or death to an individual obstructing vehicular traffic on a public road, street, or highway may not be held liable for any damages.”

Your eyes are not deceiving you. Imagine living in a country where a crowd of peaceful protestors have assembled across a highway, protesting the construction of a pipeline. Then imagine a 10-wheeler truck ploughing them down.

Imagine the faces, hands, hearts, and bones of women, children, and babies being turned into a swamp of gore under the wheels of a truck. Imagine their families, friends, and co-workers standing over their coffins or urns, trying to come to terms with the deaths of their most cherished, while the killer escapes any and all responsibility because, according to House Bill No. 1203, “death to an individual obstructing vehicular traffic” is justified.

“The legislation is a direct response to the massive protests around the Standing Rock Indian Reservation,” state Rep. Keith Kempenich told the Star Tribune.

Kempenich said he was worried about drivers panicking after coming across a group of people standing in a public roadway. After all, what "if they hit the gas instead of the brake?”

If you are still confused about the location of your gas pedal in proximity to your brakes, or you randomly stamp on them to find out which does what, I would deeply implore you to retake your driving test and refrain from operating a motor vehicle until you figure it out.

For anyone who has lost somebody to a negligent driving, this bill isn’t about finding a wily way to keep those darned protesters off your lawn. It feels like a gateway to legalizing murder. And not just for protesters. Could you not argue that a child running across the road is obstructing vehicular traffic? There are no exceptions  when it comes to responsible driving. If you cannot safely operate a vehicle in a myriad of circumstances, you have no business being on the road. Period.

Even with Trump helming the ship, opportunistic senators often use a lame duck Congress to try and stuff through some extremely troubling bills. “Knee-jerk legislation often is poor legislation,” Democratic state Rep. Marvin Nelson told ABC News. Whether or not the bill sees the light of day, it’s troubling that the senator of North Dakota is willing to take such barbaric measures against the people of Standing Rock.

But don’t expect the water protectors to succumb to fear.

Although the news can seem increasingly bleak in the dawn of this new era, this is not The Purge. This is still a democracy, and the army of water protectors — which included veterans, amongst others — are not going to give up. In fact, many never left Cannon Ball, North Dakota.

Roughly a thousand people refused to leave throughout the winter, anticipating this recent chain of events. Although the ink is still fresh on Trump’s executive order reviving the pipeline, thousands of water protectors are already gearing up to resist.

Shailene Woodley, who has been a devoted supporter and ally of the Standing Rock movement, was asked what was next on MSNBC. “We mobilize,” she replied.

Only a few hours ago, a group of Greenpeace protestors in Washington, DC illegally scaled a crane near the White House to hang a banner that reads “RESIST.”

Last night, demonstrations swept the nation, from New York to Los Angeles. Outside the White House alone, 1,000 people showed up for a large impromptu rally, chanting ‘We are here to stay! Welcome to your fourth day!’

HUGE crowd of 1000+ activists at White House chanting at Trump, "We are here to stay! Welcome to your 4th day!" #NoDAPL #NoKXL pic.twitter.com/uzkeKUNwtb

@notmyname02 @collinrees It is the huge crowd of snowflake that will bring avalanche. Don't forget that.

Meanwhile, Standing Rock’s GoFundMe page exploded with donations, with no signs of slowing down: 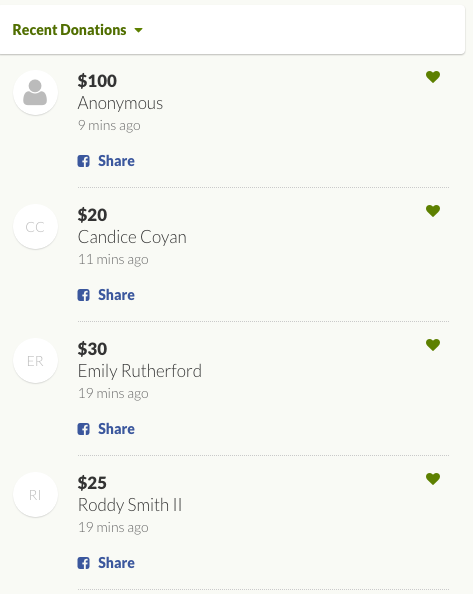 The fight for Standing Rock is on again. But it is far from being over. If you want to get involved, here’s what to do next:

As illustrated by President Trump’s obsession with his sparse inauguration, size matters. Show up and protest. But remember, violence legitimizes the opposition’s claims that protesters are hired thugs. Always come in peace. From Cannon Ball to downtown LA, it doesn’t matter where you go — just show up.

Call your Senator. Call up your local environmental charity. Call the President. But get involved, and be vocal about your feelings. If you disagree with fracking, let it be known!

Visit ‘“How To Help” at the Standing Rock website to stay up-to-date with ways you can assist the water protectors guarding Standing Rock.

We are facing undeniable dark days for nature lovers, environmentalists, and humanity in general. But there isn’t any time to wallow in defeat. Be like the social media manager of the Badlands National Park (or shall we say Badasslands National Park) and resist.

The future doesn’t belong to the gas guzzling tyrants of yesterday. It belongs to us.

Update: This article has been updated to reflect recent developments.

2016 Is The Hottest Year Ever, Scientists Confirm

"Success is the ability to go from failure to failure without losing your enthusiasm."

Do you have a hectic schedule? Your home’s landscape doesn’t have to suffer. Here are six easy landscaping ideas for savvy homeowners!

Why Corten Steel Is An Environmental Nightmare April 18th, 2017

The Omni Coliseum in Atlanta rusted away and had to be demolished after just 25 years.