These “lungs of the sea” clean up pollution and nourish entire ecosystems.

But like the coral reef, seagrass provides a framework for a rich and diverse slice of ocean life. In fact, these floating blades of grass are low-key miracle workers.

These simple strands shelter many species of marine life, filter pollutants from the water, and trap the very carbon that causes climate change. And earlier this year, scientists discovered that seagrass can even fight disease by destroying the pathogens that threaten coral reefs and humans.

Seagrass has just one problem — meadows are vanishing at an alarming rate. Every 30 minutes, we lose enough seagrass to cover a football field. As meadows disappear, the effects ripple across the entire ecosystem.

Put on your scuba gear, take a deep breath, and journey under the sea. We’ll take a look at what sea grasses are, what makes them so special, and how we can save these magical plants. 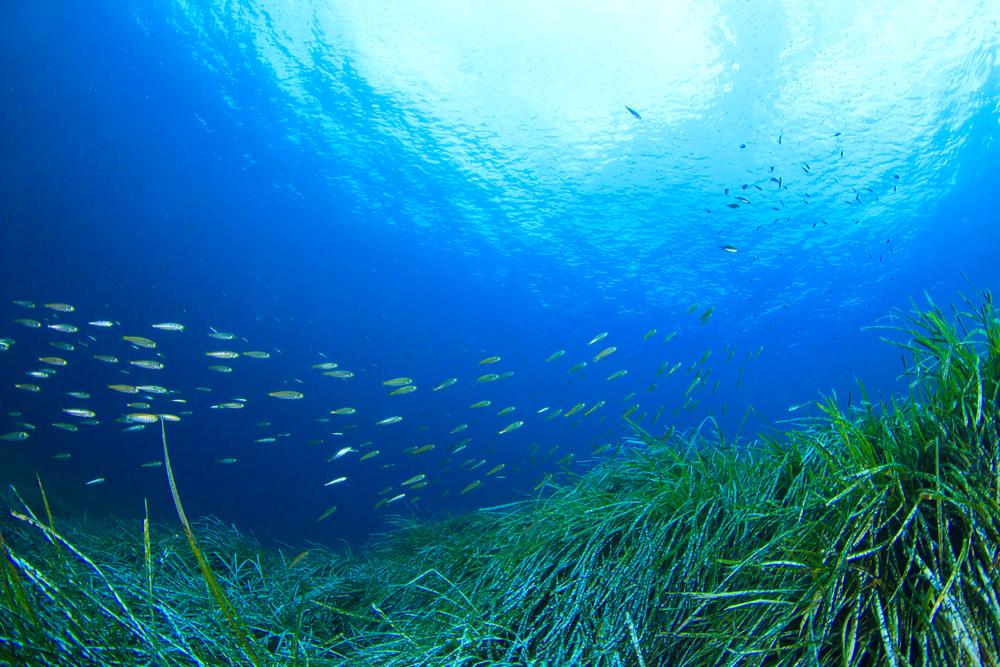 Seagrass does all sorts of amazing things, but remains a bit of a mystery. It’s often confused with seaweed, though it actually has more in common with lilies and ginger, according to the National Wildlife Federation.

Millions of years ago, flowering plants migrated from land to the ocean and evolved into seagrass. Just like lilies, seagrass blooms and produces pollen and seeds.

Often called “lungs of the sea,” seagrass can generate up to 10 litres of oxygen every single day as it goes through the photosynthesis process, according to the Smithsonian Ocean Portal.

Seagrass filters ocean water by absorbing pollution through its leaves and trapping them in the soil. It also stabilizes the ocean bottom and keeps it safe from erosion with its extensive root network. This network also keeps the plants locked in place during storms.

Meadows grow in coastal regions surrounding every continent except Antarctica. Most of the time, the plants thrive in shallow waters, but some species have been found in waters that are 190 feet deep.

The meadows are dense enough to become a crucial shelter for animals. Seagrass hides them from predators, gives them a place to spawn, protects them from currents, and even feeds them.

Because they thrives in clear, shallow water, seagrasses are easy to spot. You can even see meadows from outer space! 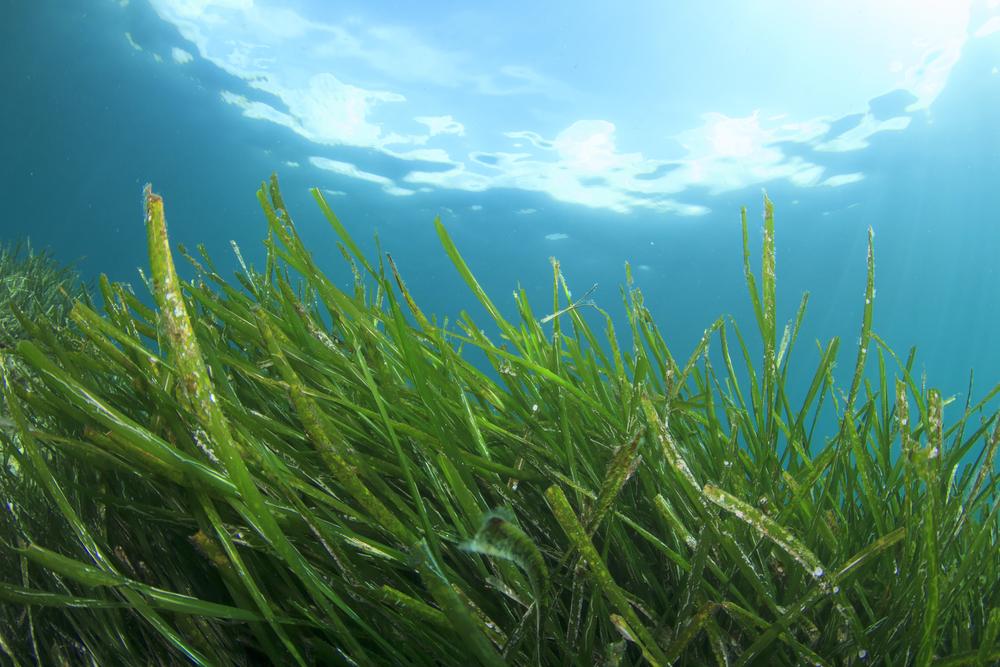 Also known as eelgrass, turtle grass, spoon grass, and many other names, seagrass is a diverse group of plants. It encompasses a wide variety of shapes and sizes, from fast-growing species that have tiny, thin leaves to slower-growing types with large, thick blades.

More than 72 different species grow throughout the world. Out of all of these species, 26 grow in North America. Every variety of seagrass belongs to one of four major scientific groups: Zosteraceae, Hydrocharitaceae, Posidoniaceae, and Cymodoceaceae. These groups dictate the plant’s habitat, how fast it grows, and physical characteristics like leaf shape.

Most coastal habitats have only one or two prominent species, but tropical regions of the Indian and Western Pacific have the most diversity with up to 14 species, according to the Smithsonian Ocean Portal. 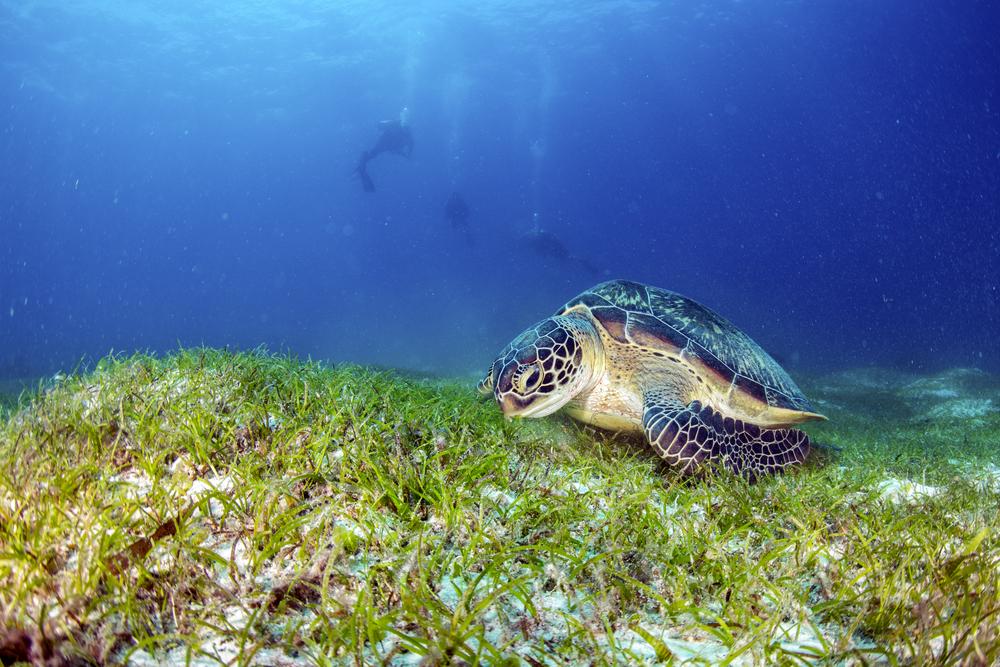 Seagrass is more than a shelter for many marine animals — it’s also a key food source.

Living seagrass is a favorite food of sea turtles, especially green turtles. Other creatures like manatees, fish, and crustaceans also love to feed on the blades. Even animals that don’t live in the sea, like birds, consider seagrass to be an important part of their diet.

One of the most amazing things about seagrass nourishment is that it doesn’t stop providing nutrients when it dies. Even dead seagrass is a delicacy for marine life. Worms, sea cucumbers, and other filter feeders feast on the detritus produced by the bacteria breaking down the plants. As the leaves further decompose, the nutrients released in the water go on to nourish plankton and the still-living seagrass. 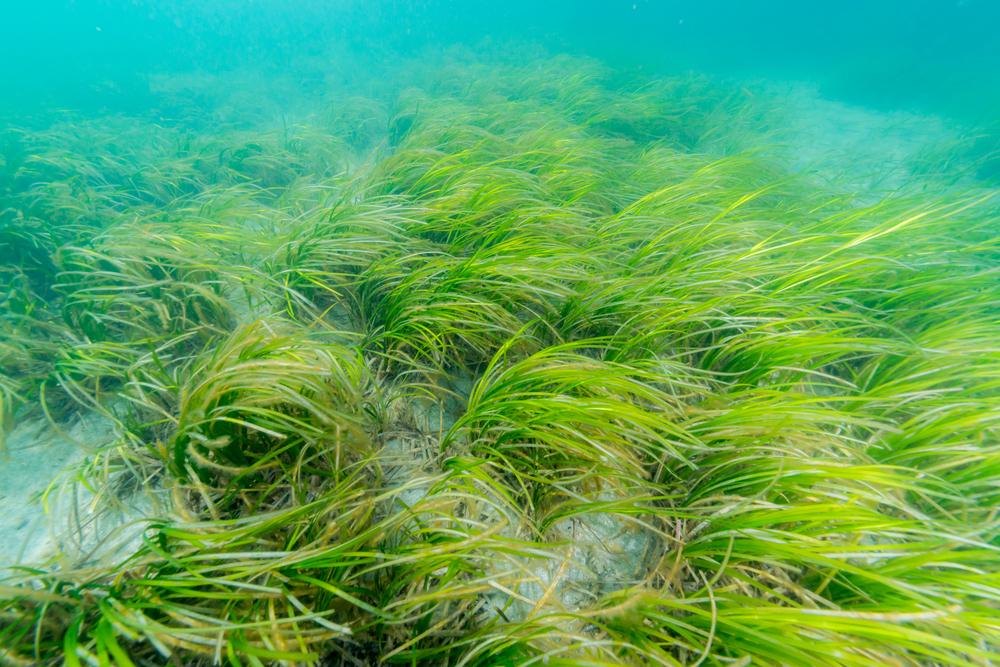 Marine ecosystems literally depend on seagrass to survive. Seagrass beds provide food and shelter, filter ocean water, and even provide benefits after they die. Here are some more surprising facts about seagrass:

For all the amazing things seagrass does, humans do a poor job of protecting it. Pollution, habitat loss from land reclamation, and boats tearing through meadows are a few of the ways we’re ruining nice things.

But if we work together, we can stop the destruction from getting any worse. By taking small actions at home to cut water pollution and protect coastal habitats, we can work together to save seagrass.

For more ways to save seagrass, learn the facts about water pollution and how we can work together to solve the problem.

"Seagrass can generate up to 10 litres of oxygen every single day."