How Many Trees Are In The World? The Answer Will Surprise You

Turns out, there are way, way more than we thought.

But what’s more astonishing is that we didn’t have this estimate until recently. In fact, scientists used to believe that the number of worldwide trees was a whole lot lower. No one bothered to do the dirty work of tree counting until the 21st century.

How Many Trees Are In The World, Really?

So, how did we learn how many trees are in the world? Did a group of people go around and count every single tree? Actually, they sort of did. Here’s how scientists figured out that there are at least 420 trees for every person on the planet.

That current estimate is based on the work by Thomas Crowther, a professor at the Yale School of Forestry and Environmental Studies. He had a friend who launched an ambitious project to plant a billion trees in order to fight global warming. But there was was just one major problem: they had no idea whether or not a billion trees is a lot of trees.

One estimate, based on satellite data, pegged the number of trees worldwide at 400 billion. The problem? A survey of the Amazon Basin revealed that there were are roughly that number of trees in that area alone. 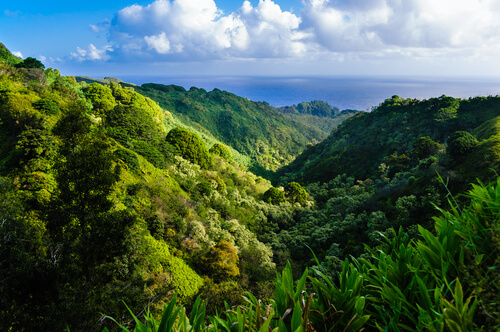 So, over the course of two years, Crowther appointed himself the world’s foremost tree counter. He gathered data from 400,000 forest plots that had been gathered from the world’s forestry services. After a lot of computer-assisted number crunching, they finally arrived at a more precise estimate: 3.04 trillion.

Crowther was even able to calculate the number of trees by region. 1.30 trillion exist in tropical and subtropical forests, with 0.74 trillion in boreal regions and 0.66 trillion in temperate regions. Those numbers were published in his Nature paper about the study, entitled “Mapping Tree Density at a Global Scale.”

Knowing how many trees are in the world is a great trivia question, but how can it help us save the planet? Crowther’s research could help us find new homes for endangered species, learn how water cycles through an ecosystem, and determine how much carbon dioxide is being absorbed from the atmosphere.

The better we understand our environment, the more likely it is that we can find a solution to the problems we’ve created.

How Has The Number Of Trees Changed Over Time?

In addition to telling us how many trees exist today, the research gives us insights into how the number of trees on Earth has evolved.

While three trillion trees sounds like an astronomical number, it’s almost half as much as what used to exist. According to Crowther’s paper, the global number of trees has fallen approximately 46% since the beginning of human civilization.

We destroy an estimated 15 billion trees every single year and replace maybe a third of them, the study notes. In fact, most of Europe used to be one big forest. Today, only 30% of the continent is covered in trees, according to the Convention on Biological Diversity.

This troubling rate of deforestation could lead to some serious problems for people and animals. Trees pull carbon dioxide from the air, helping to limit the effects of climate change. With carbon dioxide soaring to unprecedented levels, we need all the help we can get.

As trees disappear, animals do, too. Habitat destruction is the biggest threat to endangered species. If we don’t change our behavior, two-thirds of the animals on the planet could vanish by the year 2020, researchers from the World Wildlife Fund discovered.

And how did this affect the group that aimed to plant a billion trees? That number, after all, is a mere .03 percent of the total number of trees worldwide. It forced the organization, Plant for the Planet, to set their sights a little higher. They now have the aim of planting a trillion trees worldwide.

"Scientists used to believe that the number of worldwide trees was a whole lot lower. No one bothered to do the dirty work of tree counting until recently."

With Ebell overseeing the EPA’s transition, many fossil fuel regulations hang in the balance.

For the environmentally conscious home-dweller, a tiny house is a green alternative to mainstream living.