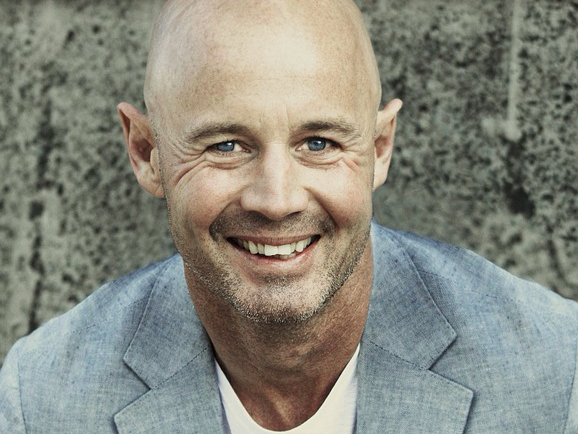 These charities aim to end hunger around the globe.

Around the world, millions of people are starving every single day. Statistics claim that 805 million people globally are living without enough food. While 13.5% of the population of people in developing and third world countries are malnourished, four in 10 children in countries living in poverty are starving.

However, there are some people who are trying to combat world hunger. Many of them belong to the restaurant industry and have endeavored to use their experience, connections, and charity to create sustainable food solutions for those all around the world.

Listed below are six innovative restaurant industry charities that work to combat hunger. Did we miss your favorite? Tell us about it in the comments below.

Restaurants Against Hunger is an organization that unites food lovers and restaurants alike to provide food to children globally. The organization works with restaurants globally to fundraise money for life-saving efforts. These restaurants pledge that, for every dollar raised, one day of nutritional treatment will be given to a child in need.

Restaurants Against Hunger uses the app OpenTable to fundraise, allowing its patrons to donate to the charity when they make a reservation to one of the participating restaurants. To help spread the message of their fundraising efforts, these restaurants encourage diners to upload pictures of their food to Instagram, tagging both the charity, @ActionAgainstHunger, as well as the hashtag, #RestaurantsXHunger.

The Share Our Strength foundation runs the No Kid Hungry campaign, which was inspired by the famine in Ethiopia and aims to end childhood hunger in the United States. Restaurants and fast food chains across the nation have joined together to teach the parents of children in need, as well as the children themselves, how to eat healthy and nutritional foods.

The foundation also raises awareness about effective nutrition in the nation through the No Kid Hungry network, which is composed of business leaders, government officials, citizens, and others who want to support the movement to feed children. Those who have the time, money, connections, and knowledge are encouraged to join in the effort. Programs are included in schools and community centers around the country to ensure children receive nutritious meals.

The National Restaurant Association supports the Food Donation Connection, which fights to end hunger in the homes of American families. In the United States, 49.1 million people do not know when they will get their next meal — or if they are going to get another meal at all. More than 15.8 million of those people are children.

Food Donation Connection works to gain access to the almost 96 billion pounds of food that is wasted each year. This food is thrown out because it is not visually appealing, or it was not used by a restaurant. Rather than allowing the food to go to waste, the FDC works with restaurants, food service agencies, and food and restaurant equipment supply distributors to provide food to those who do not have access to it in exchange for tax breaks.

The well-known Darden Restaurant group includes restaurants such as Olive Garden, LongHorn Steakhouse, and Bahama Breeze, and it is the leader of the Darden Harvest Program.

Rather than letting it go to waste, the Darden Harvest has saved more than 77 million pounds of food, which has fed more than 100 million families. The goal of the charity is to send absolutely no food to landfills, instead using everything that we produce.

Yum! Brands is the name behind some of the most well-known fast food chains, including KFC, Pizza Hut, and Taco Bell. CEO David Novak wanted to use the success of his businesses to raise awareness for food-insecure families and to feed those who face financial hardship. The World Hunger Relief shares 100% of its donations to the United Nations World Food Program, which helps feed families all over the world.

Related: 11 Facts About Meatless Monday That Will Inspire You To Reach For The Veggies

In the eight years the company has run this charity, more than $185 million in food donations and cash donations have been made, providing almost 750 million healthy meals to families around the globe. World Hunger Relief works across 130 countries and uses the power of 40,000 KFC, Taco Bell, and Pizza Hut restaurants to assist the effort.

The Panera Bread Foundation is the charitable organization of the bakery and café chain Panera Bread. The foundation has two main charities of its own and works with Feeding America.

The Panera Cares Community Breadbox is a service that is offered at Panera locations everywhere, and it allows patrons to donate food and money to the hungry families living in their community. The foundation also supports the Panera Cares Community Cafes, which are nonprofit locations around the nation that offer free meals. Diners can pay or not, but they have access to a hot meal anytime they need one.

The Community Cafes are located in economically diverse areas so residents can both contribute to their local and benefit from its services. Most locations are on public transit lines, serving a mix of residential and business populations.

These innovative restaurant charities are working hard to provide healthy food for those who cannot afford their next meal, increasing awareness about the depth and prevalence of world hunger.

Whether on the international or national front, hunger can be defeated. You can help by donating what you can.

"More than 15.8 million children do not know when they will get their next meal."

Big Cheese: The Great Cheese Glut Isn’t As Fun As You Think It Is October 18th, 2016

We know — cutting back on cheese is asking a lot. But it isn't just better for the planet. It's also better for your health.