What Is GMO, And Is It Bad For Your Health? (Infographic)

Scientific studies say GMOs are just as good as their conventional counterparts.

You probably won’t notice the three new types of potatoes sitting next to the Idaho Russets, Kennebecs, and Fingerlings in the produce section later this year.

They’ll look the same as every other potato you’ve ever seen, but there’s one huge difference — they’ve been genetically modified. 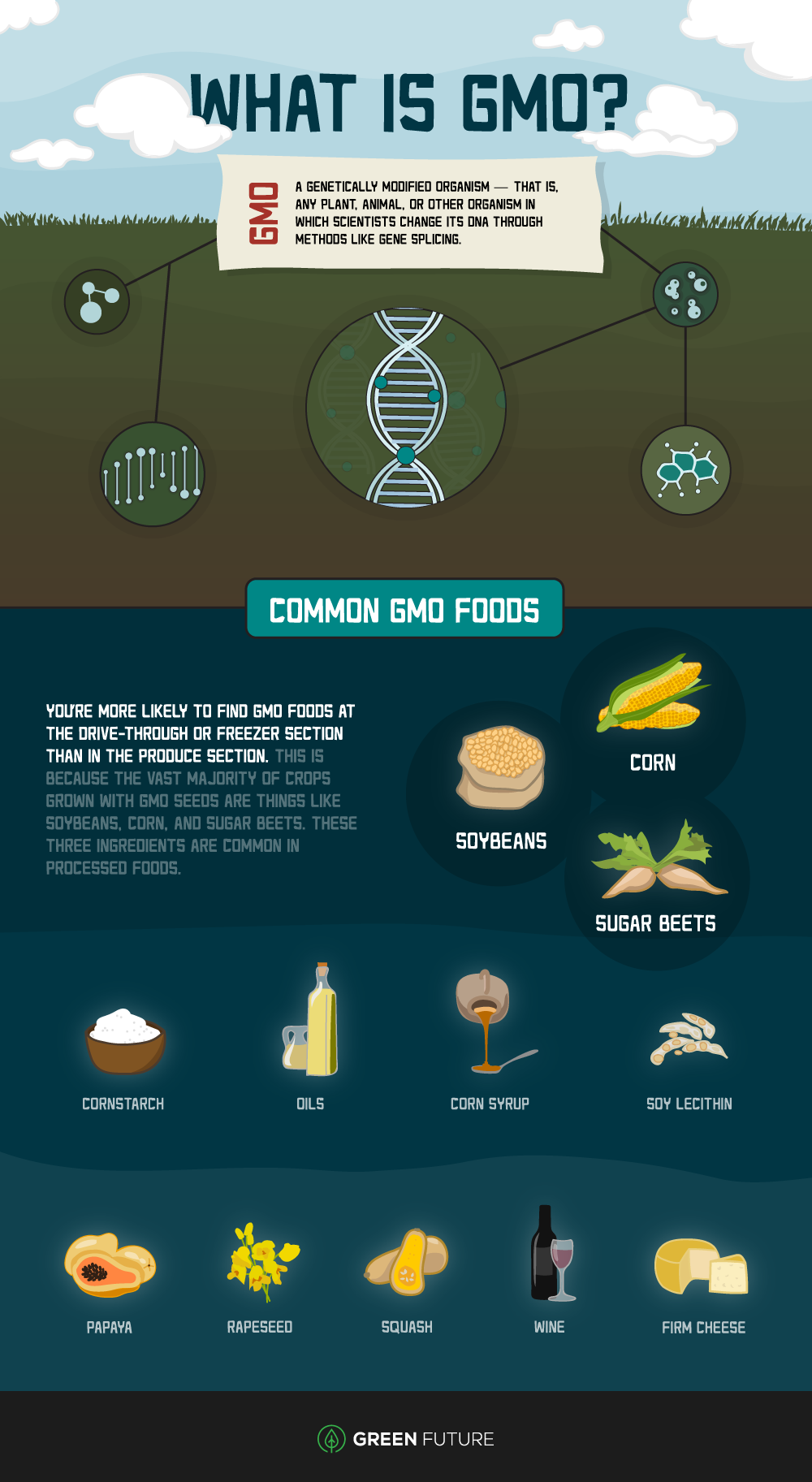 What is GMO? The term GMO means a genetically modified organism — that is, any plant or animal in which scientists change its DNA through methods like gene splicing.

In the case of those genetically modified potatoes, it means scientists have engineered them to withstand late blight, the disease that caused the Irish potato famine.

Farmers have been cross-breeding plants for centuries to create more desirable crops, like growing larger tomatoes. Making GMO crops is slightly different in that it gives scientists the ability to fine-tune a desired quality.

Some common reasons scientists genetically modify food include adding herbicide resistance or increasing its nutritional value. Genetic engineering can also make crops more resistant to diseases and drought, or it can help them thrive in a new climate. 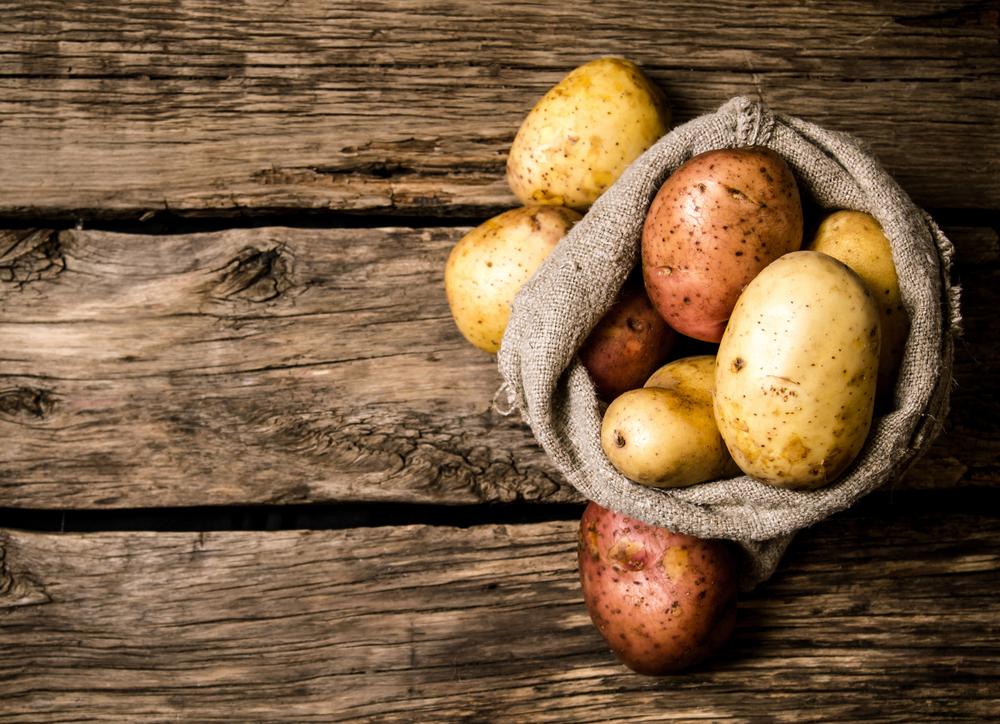 Genetically modified foods have been sold in the United States for more than 20 years, but they remain the topic of fierce debate. Nearly 40% of Americans are skeptical of so-called “frankenfoods.”

Scientific consensus says genetically engineered foods are as safe as their conventional counterparts. Thousands of independent, peer-reviewed studies confirm there are no additional health or environmental risks associated with GMOs. Major organizations like the World Health Organization, National Academy of Sciences, and European Commission also confirm that GMOs are safe.

In the United States, all genetically engineered plants require rigorous testing and face strong regulations. Before a GMO is grown for the public and sold, it must be approved by the USDA, EPA, and FDA. Each of these agencies investigates a different part of the plant to make sure the new crop is safe to eat and won’t harm the environment. 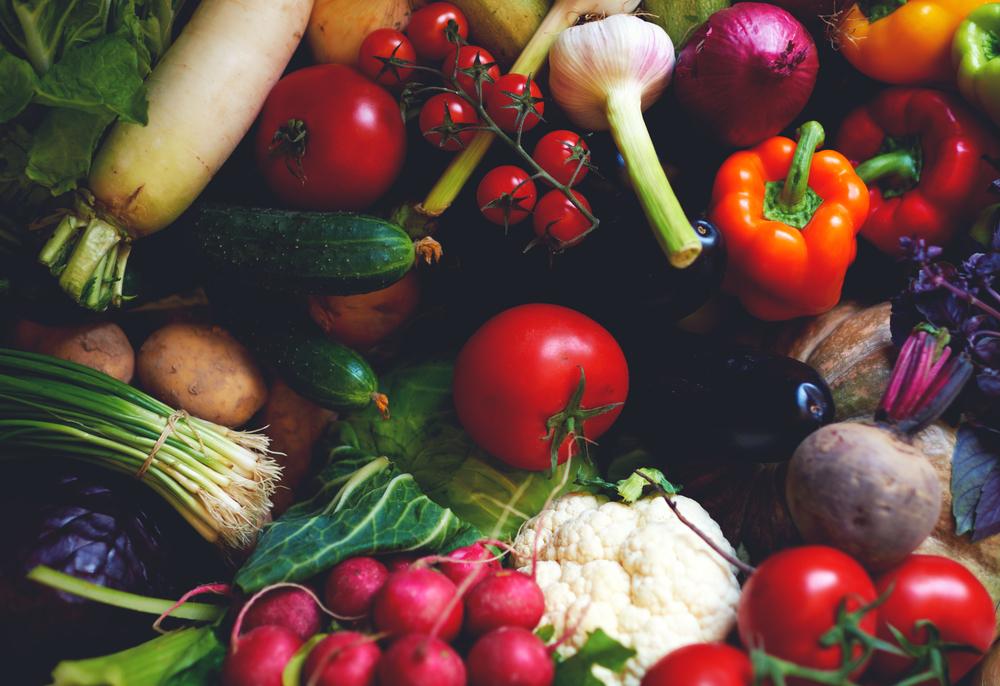 You’re more likely to find GMO foods at the drive-through or freezer section than in the produce section. This is because the vast majority of crops grown with GMO seeds are things like soybeans, corn, and sugar beets. GMO crops are so prevalent that at least 93% of the corn and soybeans grown in the United States have been genetically modified in some way.

Products made from these plants include oils, cornstarch, corn syrup, and soy lecithin, which appear in just about every processed food. In fact, a majority of these foods probably contain at least one GMO ingredient.

Right now, the only GMO foods you’ll find are plants. No genetically modified animals have been approved for food in the United States. In addition to sugar beets, corn, and soybeans, these foods are most likely to be GMOs, according to Popular Science:

What Does Non-GMO Mean? 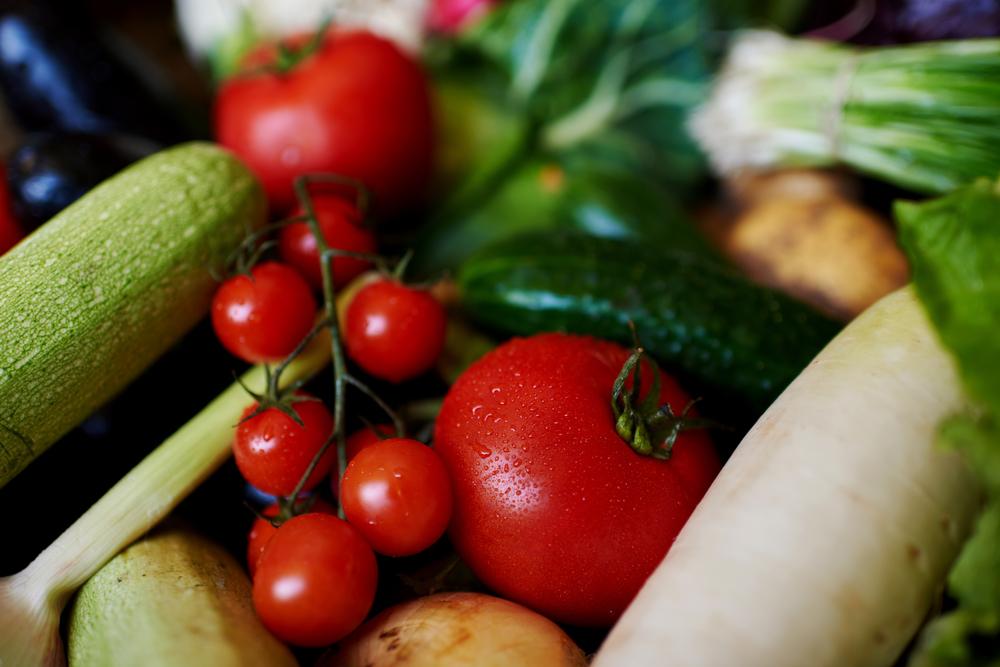 Non-GMO foods are exactly what they sound like — they’re made without using genetically modified ingredients.

Many countries, including those in the European Union, require GMO labeling for foods containing these ingredients. The United States is not one of them — yet.

Proponents of GMO labeling say people have the right to know what’s in their food, and ultimately, labeling gives consumers more choices. Critics say labeling wrongly paints GMOs as harmful and ultimately pushes those products out of the market.

Some companies are voluntarily labeling their food as GMO-free. The Non-GMO Project maintains a database of certified non-GMO products including food and other consumer goods, such as body wash and clothing. 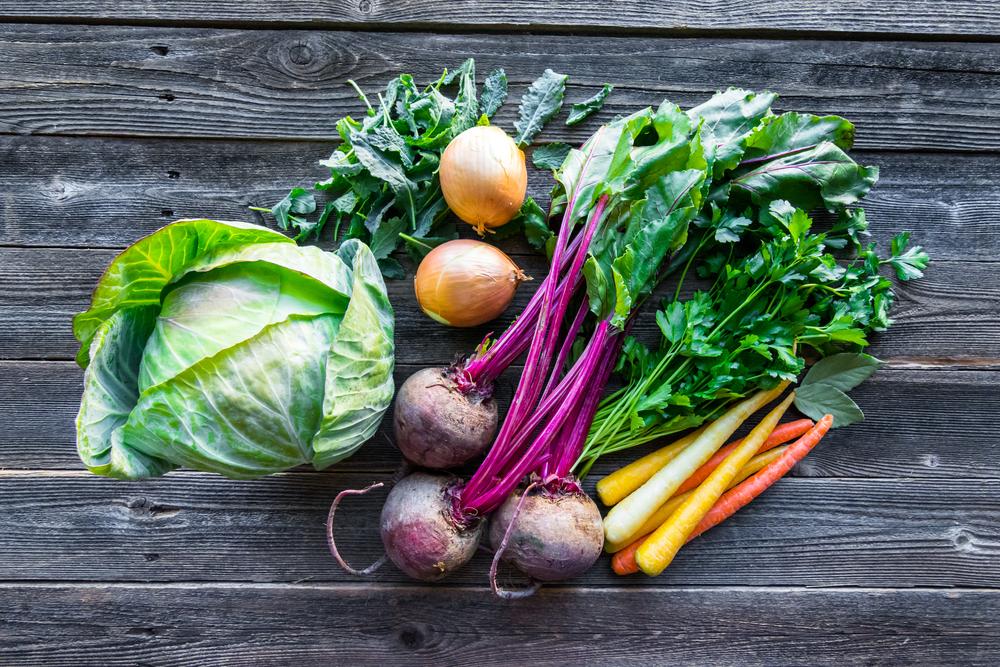 You’ve probably heard the term GMO come up in discussions about organic produce. The two labels go hand-in-hand, but they’re not the same. All organic foods are non-GMO, but not all non-GMO products are organic.

Confused yet? Let me break it down.

Organic food has a long list of things that can’t be used, like pesticides and GMOs. Farmers can’t use GMO seeds to grow crops, animals can’t eat food made from genetically modified crops, and companies that make processed food can’t use any ingredients that have been genetically engineered.

Non-GMO foods, however, just need to not be genetically engineered. This means a farmer can use pesticides on their corn, which makes it non-organic. But as long as that corn hasn’t had its genes modified to produce more kernels or larger ears, it is still non-GMO.

Does this mean you should seek out the non-GMO label the next time you’re at the grocery store? Probably not. Genetically modified foods are just as safe as their conventional counterparts.

If you’re concerned about healthy eating, you’re better off seeking out organic food. Just because a product is certified non-GMO doesn’t mean it is free of pesticides, herbicides, or other toxic chemicals.

"Genetically modified foods — also known as GMOs — have been sold in the United States for more than 20 years, but they remain the topic of fierce debate."

Why Green Walls Are The Hottest Landscaping Trend October 7th, 2016

Being surrounded by nature has been shown to have positive benefits to mental health and creativity.