These lamps allegedly cure everything from allergies to anxiety.

Modern life can be stressful. Finding time to decompress amidst a blizzard of full-time work, personal projects, and social pursuits can seem almost impossible.

What if the solution for this exhaustion were as simple as flipping the switch on a Himalayan salt lamp?

That was the premise of a blog my mom recently posted on my Facebook wall. She also mentioned she happened to have one and was willing to send it my way.

Like the skeptic I am, I rebuffed her offer. But she wasn’t giving up so easily.

“Just google it,” she said. So I did. After browsing through pages of pseudoscience, cures, and other woo, I decided there were more productive ways to manage stress than a Himalayan salt lamp.

A few weeks later, a care package arrived at my door. Amidst the wooden Christmas decorations lovingly handcrafted by my dad, birthday presents, and sweet treats, there it was: a translucent pink crystal perched on a wooden base with white cord running from it.

Inspired by my mom’s persistence, I decided to learn more about the Himalayan salt lamp and their alleged benefits. 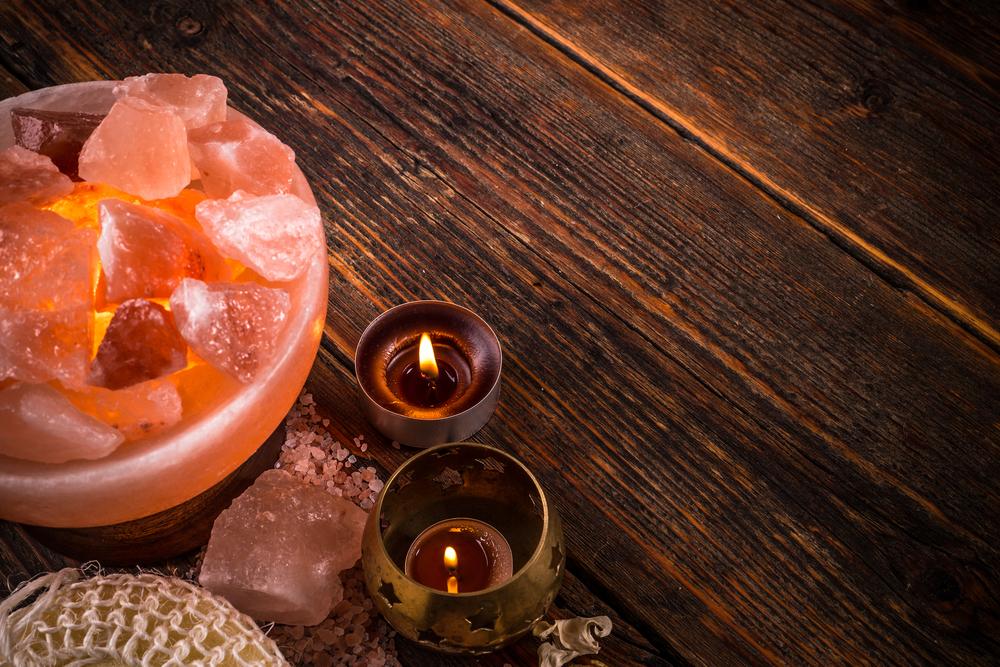 If unsourced blogs and pins on Pinterest are to be believed, a Himalayan salt lamp is a magical panacea. The internet promises this humble lamp can cure everything from anxiety to allergies to autism. It will clear your sinuses, banish stress from your life, and even stop seizures.

A variety of said blogs brought up this list of questionable Himalayan salt lamp benefits, some more preposterous than others.

Naturally, the sheer range of lofty promises threw my bullshit detector on high alert. How could a glowing crystal banish my indoor allergies, soothe my anxiety, and draw all of the “toxins” from my body?

Even more puzzling was how anyone could possibly believe these health concerns could be solved just by tossing a light bulb inside of a chunk of mineral.

What Do Salt Lamps Do?

There are a few salt lamp claims that do seem plausible, however. It’s not far-fetched to believe a soft pink glow can help you sleep, relax, or find a happier state of mind.

So, what do salt lamps do? To find the definitive answer, let’s investigate how they supposedly work their magic.

As it turns out, that “magic” involves the positive ions that are floating all around us. According to a number of dubious Pinterest boards, WiFi, electronics, and other necessities of modern life emit positive ions. An excessive amount of wayward ions results in "ionic pollution," which contributes to allergies, anxieties, and other assorted ailments.

Here’s how the Himalayan salt lamp fits in. Apparently, its healing powers come from emitting negative ions to counter those positive ions. The salt crystal works like a filter, attracting water molecules from the air and into the crystal. It effectively traps the dirt, pollen, smoke, and other “toxins” somewhere in the mineral’s confines. As the lamp removes these contaminants, the purified water vapor is sent back into the air, neutralizing the ionic radiation.

Heat from the light bulb keeps the salt crystal from becoming too saturated with moisture and releases the healing negative ions into the air.

Related: A Guide To Herbalism And Medicinal Herbs

There is some evidence that negative ions are beneficial to your health: in one study at Columbia University, negative ions helped treat depressive and neurovegetative disorders by enhancing blood oxygenation levels.

Whether the bulbs burn hot enough or the lamps generate enough ions to have any noticeable effect is questionable. I touched the lamp with my bare hand after leaving it on for five or six continuous hours, and it barely felt warm to the touch.

The pink salt crystals are essentially the same salt you add to your dinner, with a bit of rust thrown in for color and crunch. 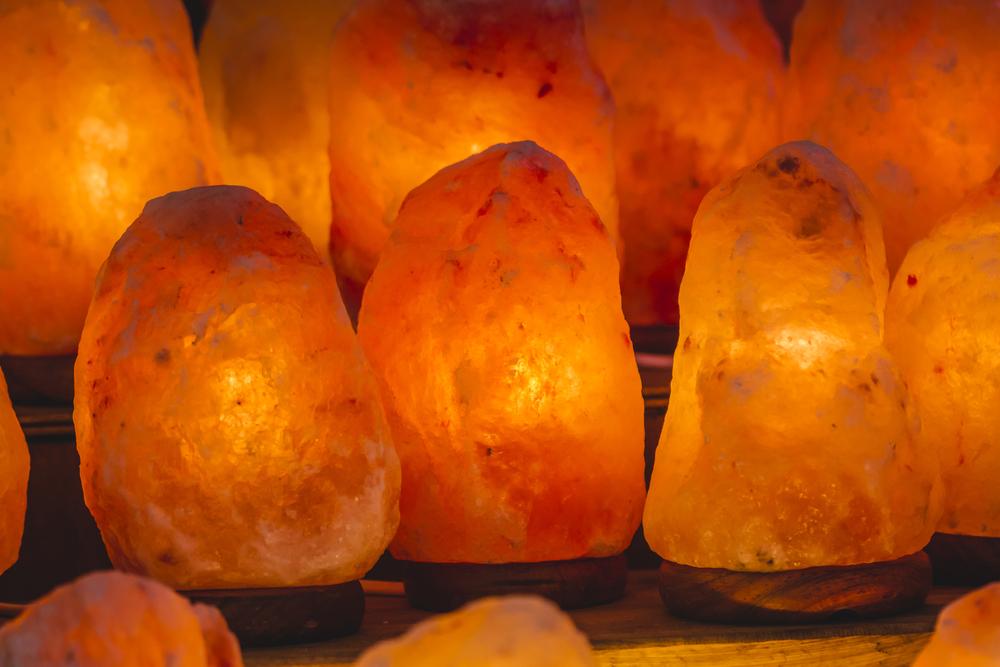 Because any experiments need an array of experiences, I asked for the help of my wonderful Green Future colleagues.

I put it on my desk on a Tuesday, and asked them to keep track of whether the negative ions created positive vibes and removed the toxins in their bodies throughout the week.

Personally, I didn’t notice any difference in my mood, energy, or indoor allergies from having a glowing pink salt crystal on my desk. I still found myself relying on Zyrtec to fight the sniffles, and my mood remained consistent throughout the week.

“I sit right next to you and don’t notice any detoxification,” a fellow writer noted. “But I eat a lot of fast food, so it’s possible I’m so toxic that even a salt lamp can’t help me.”

Nearly everyone else on the team felt the same neutral sentiment, with the exception of our content strategist.

“I BELIEVE IN THE LAMP,” she wrote, before elaborating on its calming qualities. “Looking at it calms me. It’s also my justification for filling my house with them.”

Turns out, her justification is more than an emotional appeal. There is evidence that the warm glow and low light emitted from the lamp can have a calming effect and help you fall asleep.

So, should you rush out to buy a Himalayan salt lamp? Only if you enjoy the design. According to Snopes, the “Himalayan salt lamps cure everything” claim is absolutely false. They won’t cure cancer, but they could boost your mood. At the very least, they are pretty.

My mom said she wouldn’t be offended if I tossed it in the trash after writing this, but I think I’ll keep mine. If nothing else, it’s a great conversation starter.

Update: Thousands of Himalayan salt lamps sold between July and November 2016 have been recalled due to fire hazard. To see if yours is on the list, check the Consumer Product Safety Commission website.

Get Fit And Get Motivated! Just Get Outside And Let Nature Do The Rest

"What if the solution were as simple as flipping the switch on a Himalayan salt lamp?"