This Ingredient You Use Every Day Is Destroying The Rainforest

Palm oil’s popularity means farmers are burning down the rainforest to keep up with demand.

It wasn’t long ago that “Save The Rainforest” was a pop culture call to action. Everyone from the Grateful Dead to Bruce Springsteen performed at benefit concerts, theme restaurants popped up across the country, and companies sold special products to raise money for charity.

Even my elementary school was in on the craze. We learned about the plants and animals that thrived in tropical rainforests — and what would happen if their homes were gone forever.

But one thing we never learned about was palm oil — and it’s one of the most destructive materials in many of the products we use today.

The rainforest craze may have fizzled out with Y2K, but demand for palm oil has increased dramatically in the years since. It’s become an ingredient in many things we use every day, which is a major problem: it’s a primary contributor to rainforest destruction in southeast Asia.

What Is Palm Oil? 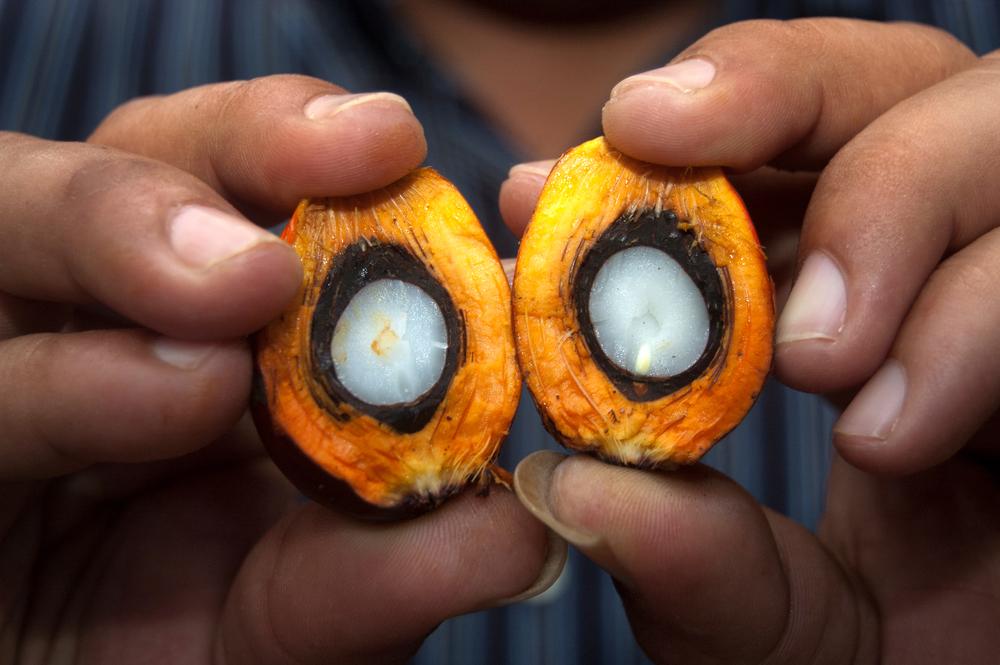 Palm oil wasn’t a concern in the “Save The Rainforest” days of the 1990s because it wasn’t as ubiquitous as it is today.

Palm oil is a type of vegetable oil that’s derived from the fruit of the palm oil tree. The plant is grown throughout the world, with 85% of all globally produced palm oil exported from plantations in the rainforests of Indonesia and Malaysia.

Because palm oil is cheap and versatile, it’s become a part of foods we eat every single day.

As the health risks of artificial trans fats became more apparent in the early 2000s, companies needed a new type of fat to include in their products. Palm oil’s relatively low cost and similar texture made it a perfect replacement for ingredients like margarine.

By 2012, the US was importing seven times as much palm oil as it had in 1999, when the FDA first proposed labeling trans fats.

Despite what you may have read on the Internet, it probably won’t give you cancer. The European Food Safety Authority found palm oil contained more possibly carcinogenic compounds than other oils. However, this happens when the oil is refined at temperatures above 390°F, which isn’t common practice. The organization didn’t recommend people stop eating it, and said more research is needed.

The real problem with palm oil has nothing to do with the actual product, or any of its uses. It’s all about the production. 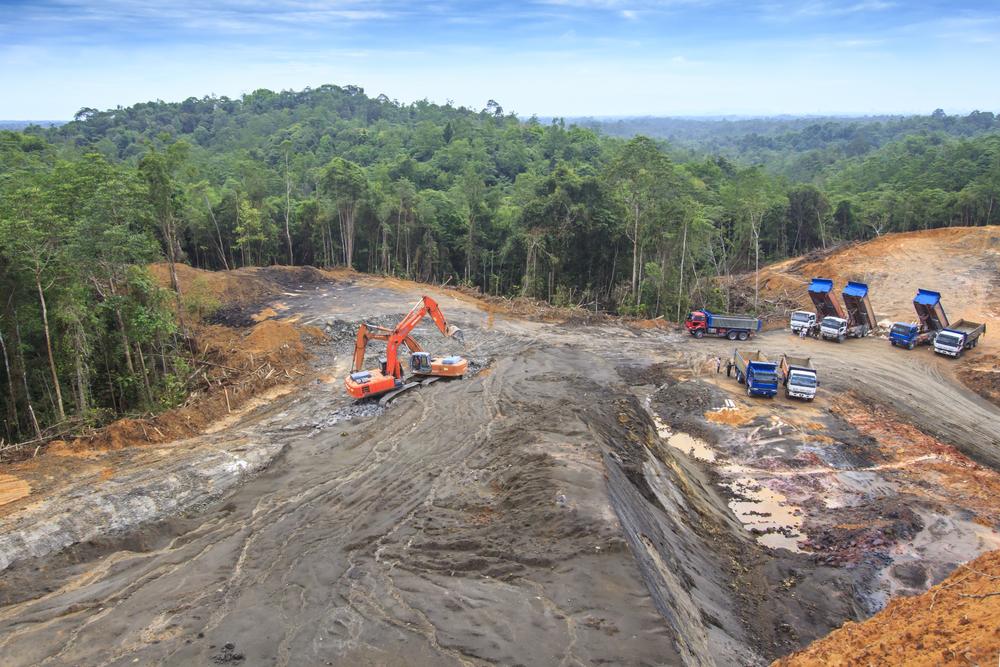 Increasing demand combined with the tree’s high yield makes palm oil a lucrative crop. To cash in, farmers in southeast Asia are literally burning down the rainforest to make way for more palm oil trees.

The effects of deforestation are felt in the region and across the globe. Clearing the native plants to make way for palm oil plantations adds to the amount of carbon dioxide in the air, which fuels climate change. Rainforest trees remove more carbon dioxide than forests in any other region. Chopping down these trees means fewer ways to convert this harmful emission into oxygen.

Our air quality isn’t the only victim of deforestation: animals suffer, too. Habitat destruction is pushing orangutans, elephants, and tigers to the verge of extinction. Eradicating any of these species will have effects that ripple throughout the ecosystem as plants and other animals try to adapt. Orangutans, for instance, play a critical role in spreading plant seeds over a wide area. If they disappear, so do several tree species.

Palm oil doesn’t have to be destructive. It can be grown in a responsible, sustainable way that not only saves the environment, but also creates greater prosperity for farmers in developing countries. 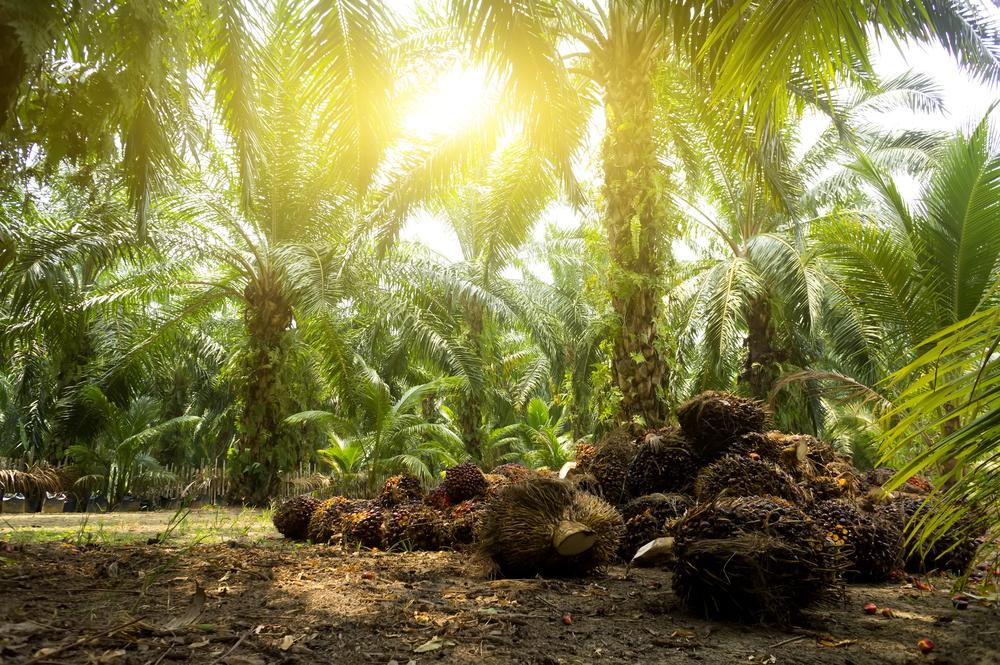 Trying to find which products contain palm oil can be confusing. Derivatives of palm oil have a long list of names, and they’re used to make animal food, cleaning products, cosmetics, and so much more.

Some of the most common products containing palm oil include:

It’s virtually impossible to avoid palm oil, but we can seek out companies that are using sustainable sources.

The Roundtable for Sustainable Palm Oil (RSPO) is a nonprofit organization that sets and implements the global standards on sustainability. The organization also certifies products that meet its social and environmental criteria.

Other nonprofits, like the World Wildlife Fund, work to hold companies accountable. To get high marks on the organization’s scorecard, companies must be a member of the RSPO, set deadlines for meeting sustainability standards, and be transparent about how much palm oil they use and how much is ethically sourced.

Companies were ranked both on the products they manufacture and their supply chain. Ferrero, the company behind Nutella, is one of companies leading the way, along with Arnott’s and Danone.

According to the 2016 report, many American-based companies are using sustainable palm oil in products they produce but fall short when it comes to their supply chain. Companies like Walmart, Colgate-Palmolive, and McDonald’s are among those making the most progress.

Before you go grocery shopping, take a moment to review the World Wildlife Fund report. Learn how much progress your favorite companies have made toward sustainable sourcing. By seeking out those that use environmentally friendly ingredients, you’re making an important step toward saving the rainforest.

"Palm oil doesn’t have to be destructive. It can be grown in a responsible, sustainable way. "

How Seagrass Can Stop Climate Change May 5th, 2017

Seagrass can generate up to 10 litres of oxygen every single day.