Could The Iowa Pipeline Spill Be A Sign Of What’s To Come?

Authorities are still investigating what caused the pipeline owned Magellan Midstream Partners L.P. to burst, according to the Des Moines Register. A nearby wildlife area was unharmed, and there were no evacuations or injuries.

It often takes a large-scale event for anyone to hear about a natural gas pipeline break, but they happen with alarming frequency. We can expect these numbers to rise in the next four years as Trump and his cabinet maintain deep ties to the natural gas and oil industries.

Related: The Latest Shell Oil Spill: Why Isn't Anybody Talking About The Bigger Problem?

While last week’s pipeline rupture may have been among the largest in recent years, what happened in Iowa is far from an isolated incident.

That breaks down to one large natural gas leak every 30 hours, and this figure doesn’t include many smaller-scale incidents.

In comparison to the past 20 years, 2016 was average in terms of the number of natural gas leaks. To become a significant incident, the PHMSA says it must meet one of these criteria:

While these figures are an important measurement in the impact of natural gas pipelines, they don’t even touch the ecological impact.

The construction process disrupts wildlife habitats and migration patterns, and it can cause water contamination and soil erosion. When a pipeline bursts, thousands of gallons of gas sink into the water table through the ground, often directly contaminating bodies of water.

These high environmental costs of natural gas pipelines are the driving force behind the massive Dakota Access Pipeline protests and Keystone XL resistance.

Environmental protection was a priority during the presidency of Barack Obama. He blocked the two controversial pipelines, despite Republicans’ objections.

Trump, however, has made it crystal clear that the interests of oil and gas are more important than safeguarding our planet.

The executive orders, which fulfill a campaign promise, were just the tip of the iceberg. Trump, Rick Perry, and Rex Tillerson all have deep financial ties to the oil and natural gas industries.

Trump owned stock in Energy Transfer Partners, which is the company behind the DAPL. He owned $15,000 to $50,000 in stock in May 2016, ABC News reported, citing his financial disclosure forms. While Trump claimed to have sold all stocks in December, he offered no proof.

Former Texas Governor Perry, Trump’s Energy Secretary nominee, served on the boards of Energy Transfer Partners and Phillips 66 — both involved in the DAPL — before stepping down. Perry still owns stock in both companies but said he will divest it, recusing himself from any decision involving these companies for at least two years.

Finally, there’s Tillerson, Trump’s pick for Secretary of State. Tillerson worked for ExxonMobil for more than 40 years, most recently serving as its Chief Executive. ExxonMobil is currently under investigation for misleading the public about the role of fossil fuels in climate change.

What Can We Do To Help? 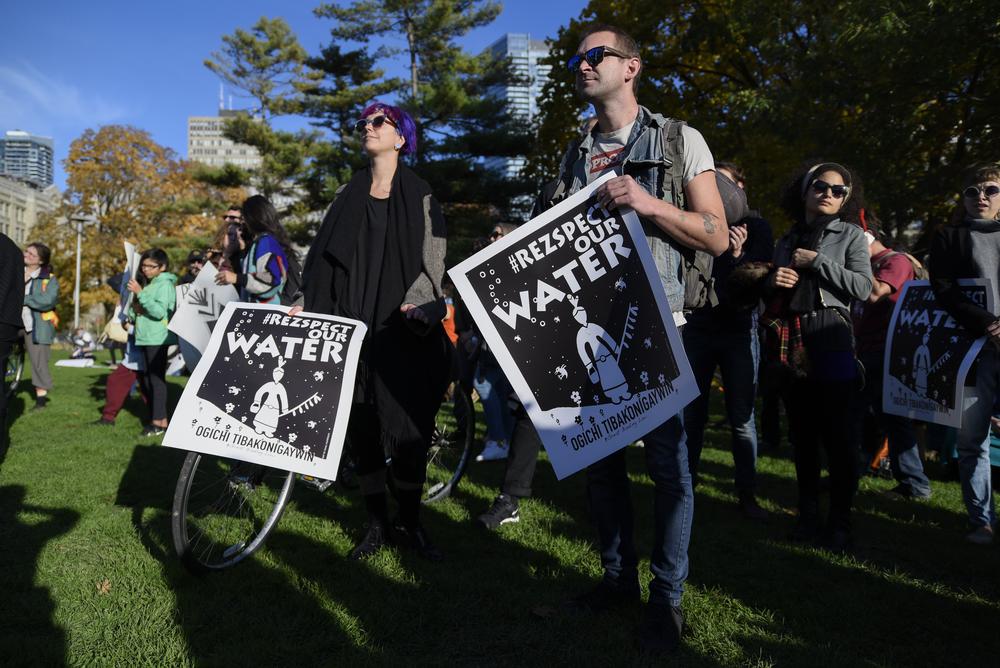 All of this seems bad, and it is. But there are ways to help and become part of the resistance.

The biggest way to help is by raising your voice. This could mean anything from calling members of Congress to protesting in the streets. You can get started by finding the contact information of your local Senators and briefly stating your position on topics like the DAPL.

If it weren’t for the protests at Standing Rock and public outcry against the DAPL, most of us probably would never have heard of it. The pipeline would’ve remained non-controversial, and the federal government would have likely approved it.

In the age of Trump, letting your lawmakers know how you feel is more important than ever. The more they know how their constituents feel, the more likely they are to stand up for what’s right.

You can also donate to a nonprofit organization focused on protecting the environment. Whether you donate $5 or $5,000, all money goes toward making sure we have a healthy planet to pass down to our children. Here are a few organizations to consider:

Natural gas pipeline breaks and oil spills already happen nearly every single day. Action is critical to making sure these massive environmental nightmares, like what happened last week in Iowa, are no longer an everyday event.

Next Article ❱❱ ❮ Back

"It often takes a large-scale event for anyone to hear about a natural gas pipeline break, but they happen with alarming frequency."

How To Make A Compost Bin That Will Make Your Garden Love You June 14th, 2016

Since they’re just a wood box, you can put one together so long as you’re able to swing a hammer.