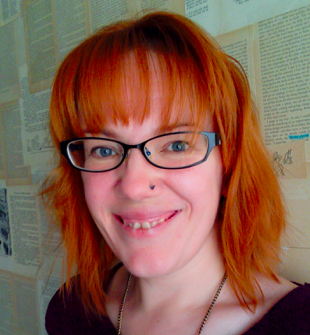 When we think “renewable energy,” we often think about crisp, clean turbines standing proudly against blue skies, surrounded by green fields. Maybe you picture neat rows of sensible solar panels, soaking up the desert sun in places that would otherwise be unused.

But there’s another source of renewable power you may not have heard of. It doesn’t really have the qualities needed to be a poster child for green energy. Even so, electricity generated from this source has eco-friendly credentials that can easily rival solar panels and wind turbines. What is this hot new source of power?

Well, we’re talking about geothermal energy, and it’s actually been around for millions of years.

What Is Geothermal Energy?

As you probably already know, deep underground, our planet is pretty hot. In fact, the Earth’s core is hotter than the surface of the sun. A little closer to the surface, at the boundary between the Earth’s core and mantle, things are cooler, but temperatures still reach an unimaginably hot 7200°F.

In places, magma (molten rock) makes its way from the Earth’s core towards the surface. Some of this magma ends up spewing from volcanoes, especially in the areas around the edges of tectonic plates. In other places, magma stays underground and heats nearby rocks and water. Millions of years after this process began, humans realized that they could take advantage of this powerful heat source.

Hot springs have been a part of human history for thousands of years. Forward-thinking Romans even used them for underfloor heating in Bath in the United Kingdom. In 1852, Lord Kelvin described how a heat pump would work, and in 1904, Piero Ginori Conti tested the world’s first geothermal electricity generator.

Both heat pumps and geothermal electricity generators are being used today to provide heat and power to buildings all over the world. Let’s take a closer look at how each of these technologies is used.

If you’d like to convert heat from deep underground into electricity for your town, you need a geothermal power plant. The best location to build it depends on the local geology. Many of the best sites are close to the edges of tectonic plates and around the “ring of fire,” where hot magma reaching the Earth’s surface generates the force behind many active volcanoes.

Local geology also determines the depth of the wells that must be drilled to access the hot water or steam that provide heat energy. The Eden Project in the United Kingdom is currently in the early stages of building a geothermal power plant. Here, the wells will be dug to a depth of 4-5 kilometers, or about 13,000-16,500 feet. Despite the great depth of the wells, they will only be around 25 centimeters, or 10 inches, in diameter.

The buildings that will house the plant’s equipment will cover an area the size of a soccer field and won’t be any higher than the average house, making this development very easy on the eyes and the landscape.

There are three main types of geothermal power plant, and they each work in a slightly different way.

The most common geothermal plants are the dry steam variety. Here, steam from underground reservoirs is pumped directly to a turbine on the surface. The rotating turbine produces electricity, and the steam cools, condenses, and is returned to the earth.

In a flash steam plant, hot water is pumped up into a “flash tank.” Because the temperature of the flash tank is much lower than that of the water arriving from deep underground, the water instantly “flashes” into steam. This steam then turns an electricity generating turbine before it condenses back into water, which then returns to its original depth underground.

A binary cycle plant pumps hot water or steam from underground, but in this system, the heat source never comes into direct contact with a turbine. Instead, the hot water is piped very close to tanks containing a second liquid with a low boiling point (isobutene is often used). It is the steam from this second, heated liquid which turns the generator. The isobutene (or similar secondary liquid) is cooled and reused while the water returns underground.

Geothermal heat pumps (sometimes called ground source heat pumps) don’t generate electricity. Instead, they use the constant temperature of the earth a few feet under the surface to regulate the temperature of homes and offices. This reduces the amount of energy needed to heat or cool our buildings to a comfortable temperature.

Heat pumps can be expensive to install, and they aren’t suitable for every building, but they can save money in the long term. They are efficient, low-maintenance, and relatively simple. Which type you might use depends on the location of your building, its size, and the available land around the property.

Closed loop systems come in three main types. If you have plenty of space around your structure, a horizontal system will be cost-effective. They require a loop of pipes to be placed into a wide, shallow trench. A water and antifreeze mixture is fed through these pipes and back into the building.

In summer, the ground will be cooler than the air temperature, and the circulating liquid is able to cool the building. In winter, the constant 50-60°F temperature underground warms the liquid in comparison to the air, allowing it to raise the temperature inside the building.

For a large building, or one with only a small amount of outdoor space, vertical pipes can be used. These work in exactly the same way as horizontal pipes, but they can be more expensive to install because they may require specialized drilling equipment. The Friends Center in Philadelphia uses wells much deeper than usual. Rather than the regular depth of 200-400 feet, this building has wells reaching down as far as 1,500 feet.

If you are lucky enough to live near to a lake or pond, a closed-loop system can be built to use the stable temperatures under the water’s surface. In this situation, an open-loop system might also be considered.

An open-loop system will have one pipe which brings water directly from a pond or lake to the heat exchanger inside the building. Another pipe will empty that same water back at the source. There is no chance of pollution because the water is not altered in any way (except for a slight change in temperature), and these systems can often be cheaper than the others.

Most countries can make use of geothermal energy to generate electricity and heat, although geology will dictate how much. Some nations are able to use this technology to make a huge difference to the amount of fossil fuels they rely on. Iceland, for example, takes full advantage of its geology and uses geothermal power plants to supply 66% of its primary energy use. A massive 85% of Iceland’s power is generated from its own renewable sources.

In comparison, there are currently only a few geothermal projects in operation in the UK. However, it’s estimated that 20% of the UK’s power could be generated using geothermal plants. While 20% may not sound like much, this would translate into nine fewer nuclear power plants in this small country alone. In addition, a 2012 report by engineering company Sinclair Knight Merz noted that geothermal resources could supply enough heat to cover all the UK’s space heating needs.

Globally speaking, there’s a lot of catching up to do when it comes to this technology. A 2016 report by the Geothermal Energy Association states that we have tapped into just 6-7% of the potential energy available. The world currently produces 13.3 GW of energy from this source in 24 different countries.

As of the end of 2015, using our current technology, a further 700-750 projects have been identified across 82 countries, potentially adding another 12.5 GW to the total power produced globally from geothermal energy. In real terms, the output is likely to rise slowly but steadily, and it is projected to reach 18.4 GW by 2021.

What about the environmental credentials of geothermal power plants? Is geothermal energy as clean and green as wind and solar? The short answer is yes — this technology has a lot of advantages. There are also a few (but only a few) disadvantages, so let’s take a closer look at both. We’ll start with the bad news.

And now, here’s the good news.

The Future May Be Geothermal

Once the world gets used to this source of energy, and investors become less squeamish about renewable energy, it is likely that more countries will begin building clean, low-maintenance geothermal power plants. This, in turn, will reduce our reliance on nuclear power and fossil fuels, leading to fewer emissions and a big reduction in hazardous waste. Bring it on.

All images courtesy of SaveOnEnergy

How Microfiber Pollution Is Tearing Our Environment To Shreds

"Iceland uses geothermal power plants to supply 66% of its primary energy use."