One thing is for sure — we're really going to miss Joe Biden.

American voters thought they knew what would happen at the vice presidential debate last night. We expected a snoozefest between two virtually unknown politicians (both Pence and Kaine rank in the 30s for voter recognition) who were likely chosen as a VP candidate solely to balance out the perception of their respective nominee. Pence will stand as a levelheaded, reliable human next to irrational, megalomaniac You-Know-Who. Kaine will bring his impassioned personality to the standoffish Clinton. 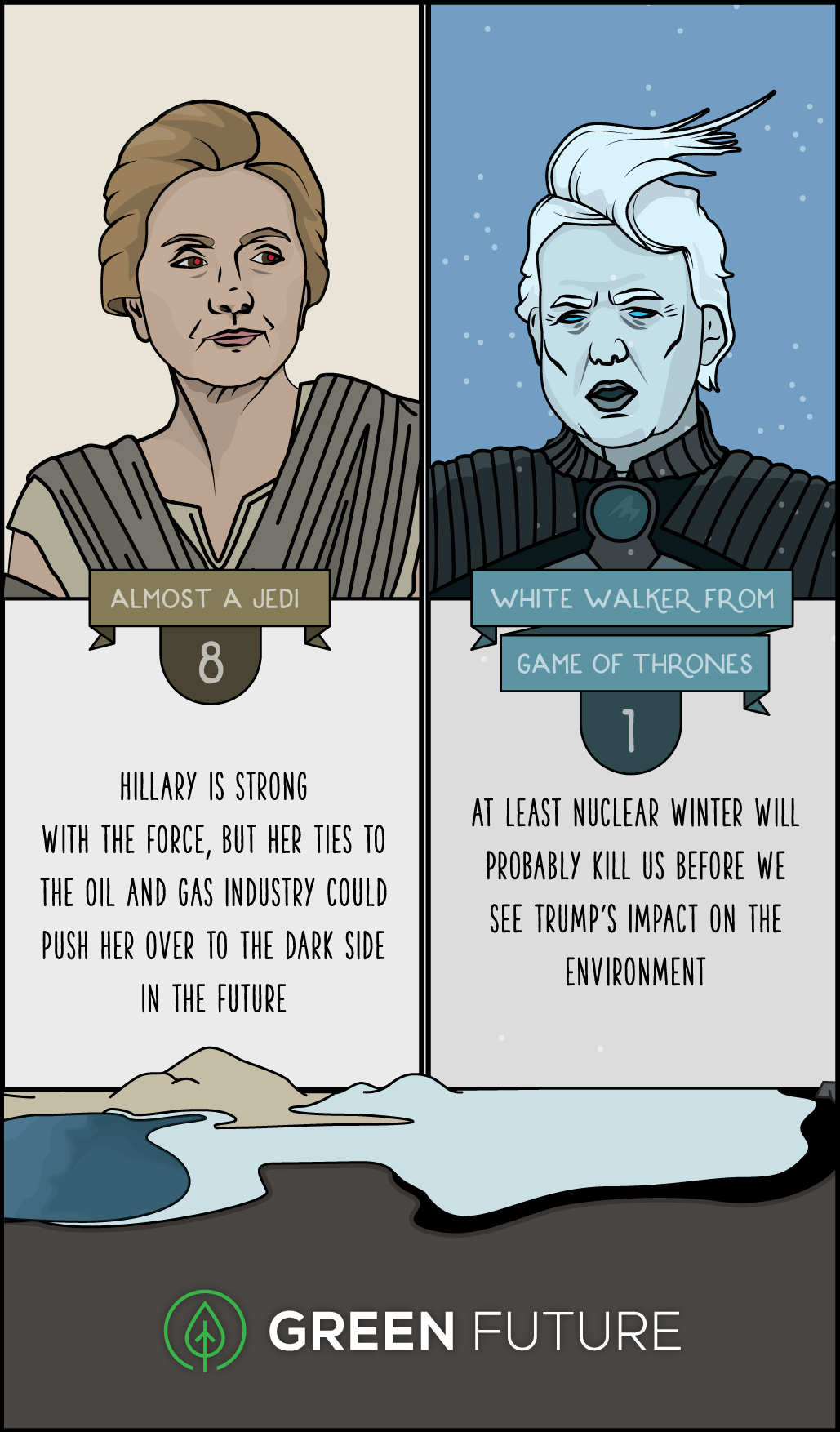 But right on the heels of Obama’s SXSL panel on climate change, there was one big, green elephant in the room. Are they going to address one of the most polarizing issues facing our country’s future? Where do these two candidates stand on climate change? Are either of them capable of giving a straight answer?

If you missed last night’s debate, let me give you the short answer: no. Climate change wasn’t discussed at the debate — but then again, not much was.

But given the fact that You-Know-Who is a climate change denier and is snuggled tight in the pocket of foreign oil conglomerates, to put it mildly, Pence’s stance on global warming is a big freaking deal. Will Pence be a yes man pushing You-Know-Who to ban renewable energy? Or could he possibly be a voice of reason whispering into that orange ear?

Since it wasn’t discussed at the debate, here’s a recap of both VP candidates’ histories on climate change.

In true form to this expletive-filled election, the bottom line is blurred. Kaine is definitely more eco-conscious, but he’s had his fair share of environmental blunders. He’s not the most reliable candidate, but then again, reliable doesn’t seem to be the name of the game in this election.

The only thing we really learned from last night’s VP debate is that we’re really, really  going to miss Joe Biden.

"Well, look, there's no question that the activities that take place in this country and in countries around the world have some impact on the environment and some impact on climate."

Tea tree oil is an essential part of your home apothecary — here's why.