What Do Sea Turtles Eat? Your Ultimate Guide

It all depends on the species.

Sea turtles eat a variety of plants and marine animals, including algae, seagrass, jellyfish, and other mollusks.

Sea turtles can eat other animals, be vegetarians, or munch on a mixture of meat and plants. With the lone exception of the green sea turtle, most are omnivores, meaning they eat both plants and other animals. Each of the seven species of sea turtle has its own favorite foods.

Adult green sea turtles are the only vegetarians, though they don’t start out that way. Baby green turtles start eating fish eggs, mollusks, and crustaceans after they hatch. As they grow older, their tastes shift to a diet filled with algae, seaweed, and sea grasses. Green sea turtles have finely serrated jaws developed for noshing on marine plants. 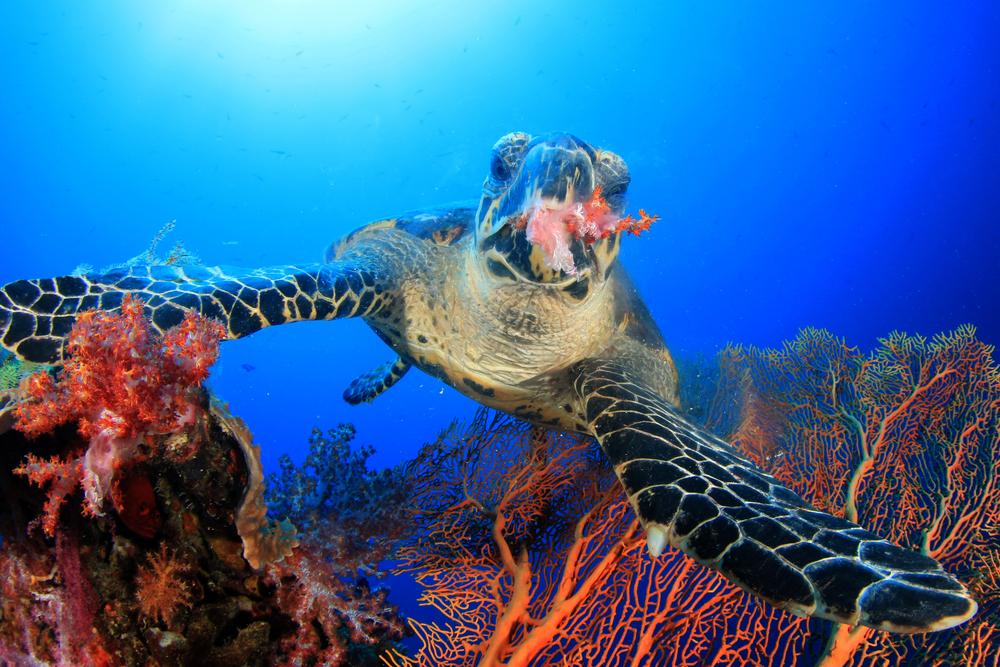 Hawksbill sea turtles love sponges, which can make up 95% of their diets. These turtles have narrow jaws to help them pick out prey from narrow spaces.

Loggerhead sea turtles have the most wide-ranging diet, consisting of sponges, corals, barnacles, sea cucumbers, jellyfish, sand dollars, and many other marine plants and animals. Its large and powerful jaw helps it tear through all types of prey.

What Do Turtles Eat? 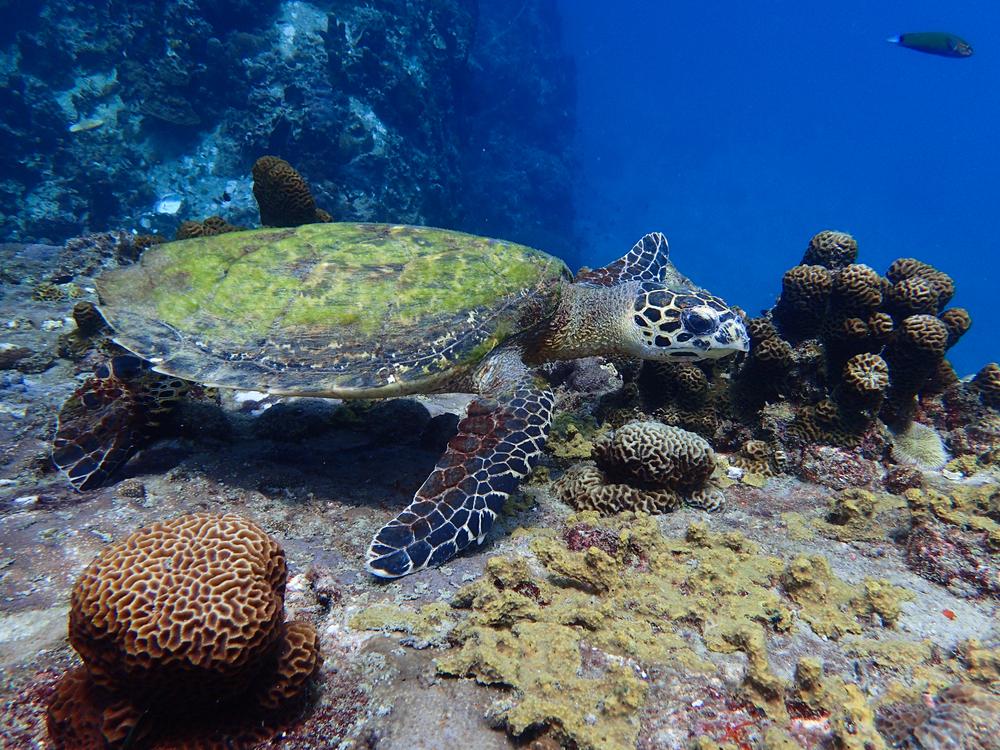 Adult sea turtles have few natural predators. Sharks, crocodiles, seals, and killer whales have all been known to eat turtles.

Baby sea turtles are much more vulnerable, and they have many natural predators. Birds, fish, ghost crabs, and other animals prey on sea turtle eggs and hatchlings. More than 90% of hatchlings are eaten by predators. Sea turtles lay an average of 110 eggs — this means only 11 baby turtles will actually grow up.

The biggest threat to sea turtles isn’t other animals — it’s us. Overzealous hunting, habitat loss caused by development, and water pollution are among the largest threats to these creatures, according to the Sea Turtle Conservancy.

Climate change poses a major threat to sea turtles. As sea levels rise, the beaches they use for nesting are rapidly disappearing. Higher temperatures also affect sea turtles in a way you might not expect. A sea turtle’s gender is determined by the temperature at which the eggs are incubated. Warmer temperatures mean more female sea turtles, which makes reproduction more difficult.

Many nonprofit organizations like the World Wildlife Fund and Sea Turtle Conservancy are working hard to save these creatures from disappearing forever. We can join them by reducing water pollution and doing our part to fight climate change.

Learn more about our animal friends by discovering the surprising truth about whether buffalo are extinct and the downright disgusting foods butterflies eat.

"Sea turtles can eat other animals, be vegetarians, or munch on a mixture of meat and plants. "

It's not easy being green.

The message should be that it isn’t too late for Australia to lift its game and better protect the GBR, not we should all give up because the GBR is supposedly dead.