As the tallest mammal on Earth, the giraffe is one of Africa's most iconic species. It is even the national animal of Tanzania and Botswana. Worldwide adoration of giraffes was recently put on full display when 14 million people tuned in to Animal Adventure's livestream of the day a giraffe named April gave birth!

But for all the attention they get, how much do people really know about giraffes? Surprisingly little, according to the Giraffe Conservation Foundation (GCF). The GCF's conservation guide states that, when it comes to giraffes, “Long-term studies, reliable historical and current data, and targeted research are all lacking.”

The opportunity to get to know this globally cherished animal may be slipping away. According to the International Union for Conservation of Nature (ICUN), the wild giraffe population has dropped by about 40% in just three decades. With less than 100,000 giraffes left in the wild, they are now listed on the IUCN Redlist of Threatened Species as “Vulnerable.”

The situation isn't quite that simple, though: as it turns out, there's more than one species of giraffe. There are actually four.

The Four Species Of Giraffe 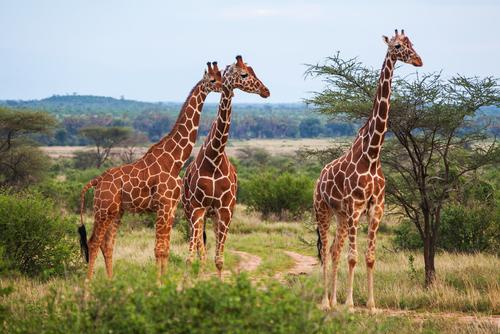 Up until recently, it was popularly accepted for quite some time that there were nine subspecies of giraffe. However, in 2016, a group of researchers made quite a splash when they presented data supporting the existence of four distinct species of giraffes and five subspecies:

Not only are these giraffes genetically distinct, but it's also relatively easy to physically tell them apart. Each has a coat with a unique spot pattern, and some have a different number of ossicones (the horn-like protrusions on the giraffe's head).

While the evidence of distinct species was certainly an exciting discovery, it also shed light on an alarming fact: some species and subspecies of giraffe are at a much higher risk of going extinct than others. Recent numbers show that there are only about 550 West African giraffes left in the wild, and the reticulated giraffe has seen a sharp decrease in population from 37,000 three decades ago to just 8,700 today.

The pressures giraffes are facing in the wild can be vary for each population. For example, the Northern giraffe inhabits some of the most war-torn countries in Africa, where civil unrest makes life challenging for human and animal residents alike. But other pressures are more uniformly felt, including habitat loss due to human encroachment, poaching, and natural predation.

Speaking of predation, a full-grown giraffe is quite the formidable opponent. Weighing anywhere from 1,800 to 4,000 pounds and able to kick in any direction, a giraffe's hooves can become lethal weapons. Size doesn't slow them down, either — adults are able to sustain a 30 mph pace! While a calf can outrun an adult, young giraffes are much more manageable prey. It's estimated that 50% of calves born each year will fall victim to lions, leopards, spotted hyenas, crocodiles, and cheetahs.

The Importance Of Giraffes 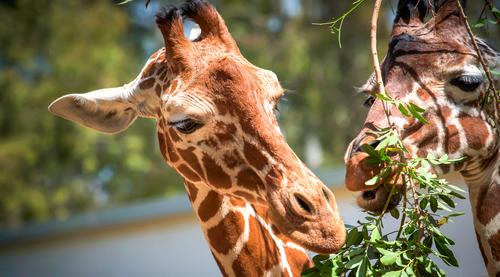 The thought of a species going extinct is a sad one, and not just for sentimental reasons. Studies have shown there is an economic benefit to maintaining the Earth's biodiversity, and with extinction rates reaching alarming numbers in relatively recent history, every endangered animal has become a precious commodity. Of course, a creature’s extinction impacts more than just the economy.

Giraffes are unique creatures, and they interact with their environment in ways that go beyond being a food source for African predators. Their browsing behavior has been linked to improved shoot growth in certain plant species, and the seeds giraffes consume have the chance to travel great distances to other favorable growing areas.

Giraffes also have some interesting benefits to other animals in their environment. With their impressive stature and good eyesight, giraffes are capable of seeing quite a bit more than other prey animals when scanning the horizon for predators. Zebra have already taken advantage of this by lingering around giraffes and paying attention to whether or not their long-necked friends have spotted a lion.

While giraffes browse for forage, they also serve as a dining hall for another creature: the oxpecker. This bird had developed a symbiotic relationship with many of Africa's largest animals by eating noxious bugs that try to take up residence on their massive bodies. The oxpecker gets a meal, and the giraffe is freed of annoying ticks or other insects.

The giraffe has ingrained itself into its environment, and it's easy to see how losing one of these species would create a tough void to fill. But most tragic would be the lost opportunity to learn from them while they still roam sub-Saharan Africa. Humans can learn a great deal about themselves and about the environment through studying animal behavior, and researchers have only scratched the surface when it comes to giraffes.

Just in the past couple years, not only have we learned that giraffes are divided into separate species, but we have also discovered a new way they communicate with each other: humming. Once believed to be a nearly mute creature, researchers have discovered that captive giraffes make a habit of serenading each other each night! While the humming behavior isn't yet completely understood, the fact that this behavior was only discovered in recent years illustrates just how much we still have to learn about giraffes. 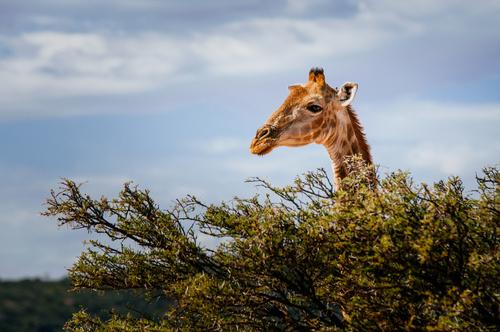 The Giraffe Conservation Foundation has been leading efforts to ensure we will have the opportunity to learn from world's tallest mammal for years to come. To help with that, the foundation hopes everyone will help celebrate World Giraffe Day this June 21 and raise awareness of the giraffe’s vulnerable status.

If you want to get involves, the GCF gives people the opportunity to adopt a giraffe to help raise funds for conservation efforts. The foundation even lists names and descriptions of giraffes on the adoption page — there's one named Winky Wonk! So, this World Giraffe Day, be sure to show a little love for Winky Wonk and his friends.

To help you better celebrate World Giraffe Day, here are some parting facts:

"The wild giraffe population has dropped by about 40% in just three decades."

How Much Of Your Car Is Reused? The Process Of Auto Recycling September 30th, 2016

By law in the European Union, at least 95% of a scrapped car must be recycled.

You Can Hide Solar Panels With Camouflage Panels Or Solar Trees April 14th, 2016